The scariest and best slot games to play this Halloween 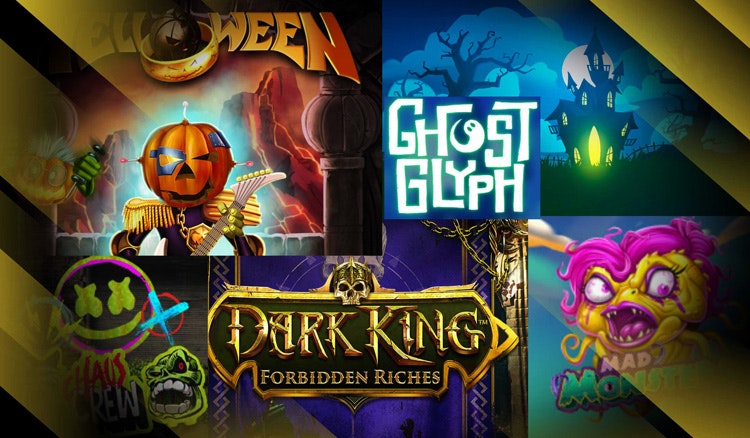 Halloween is almost around the corner, and while this year’s festivities will undoubtedly be very different from those in normal times, there are still several things that will remain familiar for those celebrating. Trick or treating may not be as widespread, but the usual spooky decorations, lanterns, and overall vibe are still being recreated if pictures of neighborhoods on social media are anything to go by. Another staple of this time, which kickstarts the festive season for the year, is the advent of many themed slot games from online slot providers. Halloween is traditionally a very attractive period for slot providers, and so they usually provide many Halloween-themed games for customers and fans to try their hand at, and this year is no different. Thus, we will now look at five of the best games with a Halloween theme for fans to have a look at and give a try.

This is an entertaining new release by the studio Leander. While the title may make it seem as if there are lots of scary elements in the game, in truth, it is quite gentle, with six creatures who actually are quite friendly and have amusing facial expressions. The game has a 7×7 grid, and winning combos are triggered when at least five or more identical symbols land on adjacent reels. There is a bonus round as well, triggered when the ‘Angry Juicy’ meter is filled, where the player spins a wheel to determine which of six special features they get to play. The Bad Bandit is one of the special symbols in the game, as it can randomly appear and transform symbols into Wilds.

NetEnt’s release for this season is an exciting and even somewhat scary game, where players are on a quest for long-lost and forbidden treasure by going deep into the lair of the Dark King. There are plenty of secrets in the game, uncovering which can lead to special bonuses. For example, the Wild does not only replace other symbols but also adds random multipliers. The grid also has hotspots in random places which get activated in the free spins round, while landing a Wild on one of those spots makes it stick, and awards an extra spin.

Quickspin’s Halloween release is probably one of the most fun games in this list. The only thing spooky about it is its name, as it is actually an entertaining and fun game otherwise. There are four spirits of different colors in the game which appear on the screen when a winning combination is created. If consecutive wins are achieved for any of those colors, they fill up the corresponding urn, and filling an urn completely activates its special feature. There are four special features or rounds, such as free spins, extra Wilds, symbol removals, and symbol transformations.

This is actually quite a chaotic game, so the title is apt. There is an amusing plot, creepy symbols, and surprises galore to keep players entertained. This is in keeping with the trend from Hacksaw Gaming, the developer behind this game, as they are known for their quirky games. The game has a 5×5 grid, with the player joining Cranky Cat and his companion Sketchy to try and win the jackpot of 10,000 coins. There are many other ways to win big as well, with free spins and huge multipliers just some of the features which will give players a lot to play for.

Of course, Play’n Go has to feature on any list of Halloween games, as this provider is a master at releasing excellent themed games. Helloween is no exception, and the studio has moved away from the standard formula of ghosts, vampires, witches or other supernatural characters during this time to give players something different in this release. This game is actually inspired by a German heavy metal band formed in 1984, and is therefore a branded release, combining rock music with a light Halloween theme to cater to fans of both genres. There is very good background music as a result, while one of the standout game features is the Keeper of the Seven Keys Wheel, which can lead them to one of the seven different free spin games, all of which have very attractive prizes.

The tech future of online gambling