The best movies based on gambling 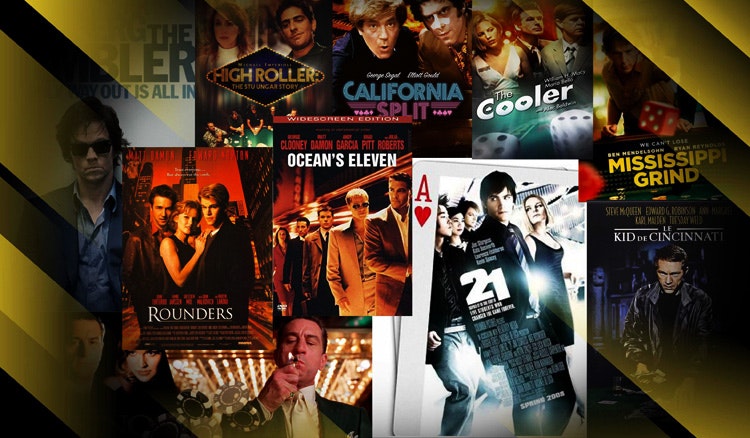 With two heavyweight stars in Matt Damon and Edward Norton, Rounders is one of the most popular movies in this genre. It is based on poker, with Damon and Norton playing the roles of two gamblers. Damon’s character tries to help his friend, Norton, with repaying his debts, and is also trying to build up enough of a bank to be able to enter the World Series of Poker. Thus, there is a lot of poker in this movie, with underground games in New York as well as the high-end tables at Vegas featured.

Casino is Martin Scorsese’s take on gambling, but like most of his other works, it does not look at the typical storylines one would expect from such a movie. It is a look behind the scenes of a casino, one that is controlled by the mob, and like Scorsese’s usual finesse when dealing with gangster-themed plots, this one too is a knockout. The movie shows how the mob used to control the casinos in Vegas before they were bought by big companies, and it is based on a book of the same name by Nicholas Pileggi.

Not many people know it, but Ocean’s Eleven is actually a remake of the 1960 movie of the same name. Of course, this one is famous for its star cast, with George Clooney, Brad Pitt, Andy Garcia, and Julia Roberts as the biggest names in a huge ensemble cast, also featuring Casey Affleck, Don Cheadle, and Elliot Gould. The plot revolves around Danny Ocean, played by Clooney, and his crew, who try to hit the three biggest casinos in Vegas, all owned by Garcia’s character Terry Benedict, on the same night.

21 is actually a true story of six MIT students and their professor, who learned how to count cards and then managed to win millions at multiple casinos in Vegas. Of course, they then got greedy and this landed them in trouble. Kevin Spacey plays the role of the professor who recruits this team, who develop hand signals and code to be able to communicate with each other while at different blackjack tables, and thereby adjust their bets as needed.

Another flick which is based on an older movie of the same name, this 2014 release stars Mark Wahlberg and John Goodman. Wahlberg plays a college literature professor who is trying to improve his life situation, while being addicted to gambling, and all the problems that this causes him.

William H. Macy stars as Bernie Lootz, the unluckiest man in Vegas, who is used by the mob to kill high-stakes games at the card tables. Bernie’s fortunes take a turn when he falls in love with a cocktail waitress working at the casino, and the appearance of his son back in his life further complicates matters.

Ocean’s Eleven was not Elliot Gould’s first brush with gambling movies. He starred in the 1974 movie California Split alongside George Segal, where the two of them play a pair of gamblers trying to raise enough money to travel to Reno to play in a high stakes poker game.

Ryan Reynolds and Ben Mendelsohn star in this 2015 movie based on poker. Mendelsohn plays a down on luck gambler, who pairs up with Reynolds, convinced that he is a good luck charm, to go to Mississippi to hit high stakes games and racetracks in order to win that big payday that they are both after.