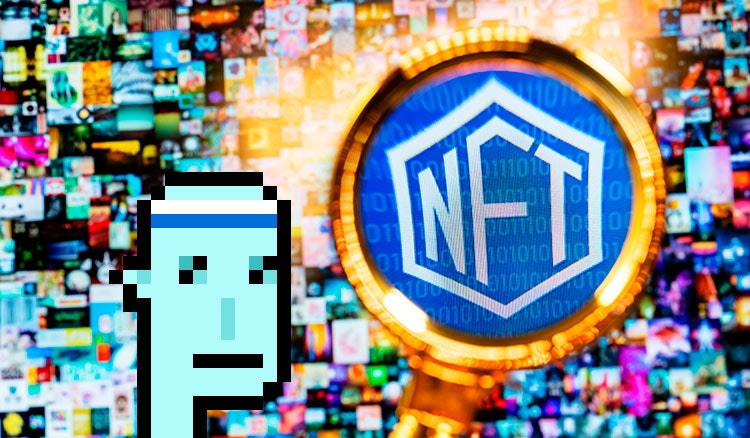 The ongoing craze around non-fungible tokens, or NFTs, is showing no signs of slowing down, with several such packages being sold for massive amounts. This is reflective of the general trend around digital currencies and assets, with cryptocurrencies also “going to the moon” over the last 12-18 months. NFTs are based on a similar concept and run on the same blockchain networks that support crypto as well. They are essentially digital units of data on these networks that are unique and cannot be interchanged i.e. non-fungible and are used to signify ownership of digital assets such as songs, movies, videos, collectibles, and various other items. They have become an extremely attractive way for content creators to reach their fans directly, as they can keep the majority of profits from such sales, while fans gain access to exclusive content and also the ability to contribute directly to their favorite creators and artists. It is, therefore, no surprise that NFTs have taken off in this manner, and here we look at some of the biggest NFT sales that have taken place so far.

We have to begin with the biggest NFT sale ever – this sale of a composite of 5000 pieces of art by the digital artist Beeple, which was auctioned by Christie’s for a mind-boggling $69 million. This artwork was basically a compilation of artwork created by Beeple every day since May 2007, and this sale actually made Beeple the third-most expensive artist alive at the moment, behind Jeff Koons and David Hockney.

While most NFT sales are of songs, videos, artwork and other forms of media and content, there have been some weird and wacky sales as well. One of the biggest sales of this manner was Jack Dorsey’s first-ever tweet. Dorsey, of course, is the co-founder and CEO of Twitter, and his first tweet, which was “just setting up my twttr”, went for $2.9 million, which seems like an excessive amount for a tweet, but this shows the value of NFTs as digital collectibles, since NFTs also offer proof and history of ownership, and only one person can own a particular NFT at one time.

CryptoPunk #3100 is one of the nine Alien Punks created by Larva Labs, and this particular character went for $7.58 million in March 2021.

Another CryptoPunk Alien character, this one was sold for $7.57 million, only $10,000 less than the other one.

Another digital artwork by Beeple, this one seems to be mocking Donald Trump, as it features a giant sleeping baby that resembles Trump, with graffiti such as ‘Loser’ all over the body. A blue bird, which is a reference to Twitter, is also perched on the body, with a clown emoji in a speech bubble, which again seems to be mocking Trump’s frequent tweets before he was banned from the platform. This artwork was sold via Nifty Gateway for $6.6 million.

Kevin Abosch is one of the pioneers of digital art, utilizing crypto for his fantastic pieces. He had managed to sell some of his pieces for huge values even before the current crypto and NFT craze, with an image of a potato selling for $1 million. Back on Valentine’s Day 2018, Abosch sold a picture of a rose for $1 million as well. It was sold as an NFT on the Ethereum blockchain, making it the most expensive digital artwork at that time. It was a game changer in this way since NFTs were not yet well-known or in the mainstream, so this sale helped to create some buzz around this new innovation.

Axie Infinity is a game on the Ethereum blockchain that involves players buying and selling fantasy creatures known as Axies. Here, one player known as ‘Danny’ sold one such creature for $1.5 million, and announced the transaction on Twitter as the largest digital land sale ever recorded on the Ether blockchain.

There is a lot of intrigue around the actual identity of this piece of artwork, as the artist is only known as ‘Pak’, and this has meant that he has been christened ‘the Satoshi of crypto art’, as of course, Satoshi is the identity of the anonymous person or group that devised Bitcoin. Pak’s latest artwork, Metarift, was sold for $904,413, and it is a video of 46.5 MB, where a group of spherical objects which were grouped very close together. It looks like a group of subatomic particles, with an infinity symbol wrapped around them.

Elon Musk and his influence on cryptocurrencies