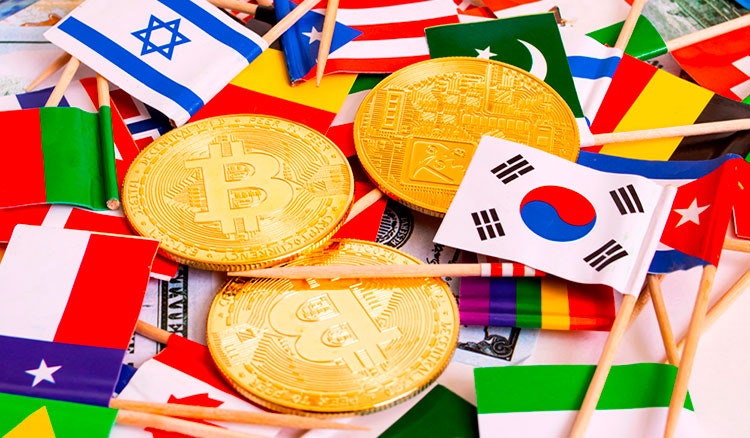 Cryptocurrency acceptance has increased by leaps and bounds over the last year or so, and while this has been a global trend, there are some countries that have been far more accepting of crypto than others. Thus, we have countries where crypto is banned completely, while others embrace it and are allowing it to flourish across various different sectors and industries. Thus, here, we will take a look at some of the most crypto-friendly countries in the world in this list.

In a survey in 2020, it was found that almost 1 million Dutch citizens had invested in blockchain currencies. The country’s capital city Amsterdam is a host to the world’s most leading bitcoin and blockchain-based development startups including Bitfury and Bitpay. That was a significant move and after that, there was no going back. The country even has 74 merchants accepting bitcoin and several Bitcoin ATMs and is on its way to becoming a haven for cryptocurrency users. Mainstream media mentions crypto on a regular basis but is mostly focused on price movements. The use of cryptocurrencies as payment as peer-to-peer electronic cash is not the most popular. With reliable financial institutions, cryptocurrencies have mostly become another asset to trade.

Georgia does not have any legislative restrictions for crypto exchange and to date does not require any license for such activity. It also provides an extremely beneficial tax environment for businesses in the industry, making it a favoured location for startups and even established companies in the space to set up operations. It is also apparently only behind China in terms of global Bitcoin mining operations.

The small Baltic nation of Estonia not only has a history of jumping on the latest technological innovation but its tech-friendly government seems willing to implement innovations like blockchain technology for health care, banking services, and even governance by allowing its citizens to become e-residents. This service also gives Estonian citizens and businesses digital authentication. While known as the birthplace of Skype. It now hosts a number of bitcoin ATMs and startups such as Paxful ( a global peer-to-peer buying and selling service for bitcoins ) with one of the highest internet penetration rates in the world.

Denmark has forever been the advocate of eliminating cash transactions and taking its citizens towards a digital payment economy and hence its inclination towards virtual currency like bitcoin does not come as a surprise. Its citizens are dealing in Bitcoin in high volumes and the graph is constantly rising. To add to it there are various Bitcoin ATMs also which are functional 24/7 allowing you to transact in the same. Buying, selling, and trading Bitcoin in Denmark is fairly easy due to a large number of Bitcoin exchanges that operate freely as part of this digitization trend.

When it comes to bitcoin trading volume the USA has topped the list with the maximum number of traders dealing in Bitcoin. Since the beginning, the USA has been a pioneer in the bitcoin trading world. Most crypto startups are based out of the country, especially in Silicon Valley, and there is an increasing number of Bitcoin ATMs popping up as well. But keep in mind that all transactions with cryptocurrencies will be subject to personal income tax or capital gains tax.

This small East Asian nation has its history of inclination towards the most sophisticated innovations and so it has shown in the virtual currency space. It accounts for 10% of the entire world’s bitcoin trading volume which is immense, considering its small population.

South Korea is planning to waive all taxes on cryptocurrency transactions and income for this year only. In other words no taxation of mining trading or other business activities involving crypto will be applied till the end of 2021. Bitcoin gifts and inheritances are also exempted from tax.

Canada went one step ahead and recognized the validity of Bitcoin by forming and accepting an official law regulating cryptocurrencies. There are already 86 Bitcoin-accepting merchants who are working under this law, with more poised to accept crypto soon as well. Two of its biggest cities, Toronto and Vancouver are on their way to become flourishing bitcoin hubs as well. However, like the USA, cryptocurrency is taxed in Canada as either capital gains or income tax depending on whether your activity with cryptocurrency is considered to be a business or not. There are over 900 bitcoin ATMs in Canada most of them are in Toronto, Montreal, and Vancouver.