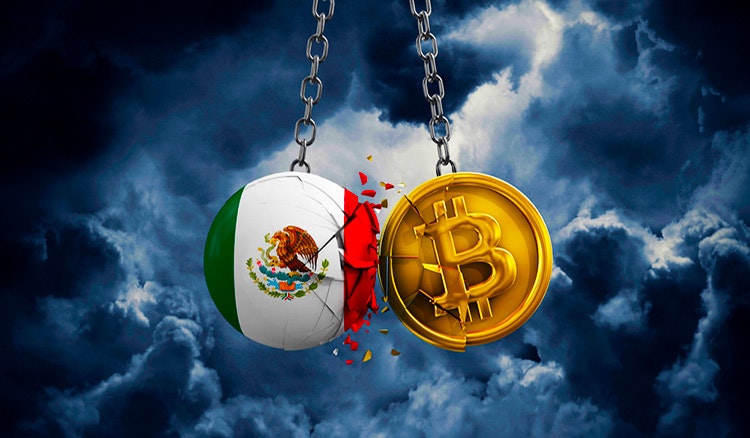 Ricardo Salinas Pliego is the richest man in Mexico – his Grupo Salinas conglomerate includes the TV and radio network TV Azteca, consumer electronics retailer Grupo Elektra, football club Mazatlan FC and the major bank Banco Azteca. Banco Azteca had an annual revenue of over $2.5 billion in 2020, and Salinas recently announced on Twitter that he is working on a plan to make his bank the first to accept Bitcoin in Mexico. The bank operates in Mexico, Peru, Honduras, Panama and Guatemala, and began operating in 2002, offering consumer credit for goods, personal and small business loans, credit cards, mortgages and so on.

Salinas’ personal fortune has risen by $2.8 billion to reach $15.8 billion, according to the Bloomberg Billionaires Index. He himself issued a rousing endorsement of Bitcoin a few days ago, and has said that he has invested 10% of his own liquid portfolio in Bitcoin over the last year. At the same time, he has criticised Dogecoin and Ethereum. Salinas is close to the inner machine of the Mexican government, and last year was one of a small clutch of Mexican businesses invited to meet the then-United States President Donald Trump on the latter’s official visit to the nation. His public statement around his Bitcoin investment possibly sparked the trend for young and tech-savvy politicians and businessmen across Latin America to increase their interest and comments around crypto as well.

Salinas has dismissed claims that BTC is a “currency,” instead claiming that it was clearly an “asset.” But if it is indeed an “asset,” he added, “it must have international value, has enormous liquidity, and that’s why it should be anybody’s portfolio.” He also added that as an “asset,” it did not matter much if the Bitcoin network was slow, as long as the token continued to perform its function as a store of value. However, in criticism of Ethereum, he said that there was no “finite supply” of ETH, and was generally dismissive about its credentials versus those of bitcoin. This has sparked some debate online already, with one user on Reddit commenting that Salinas “sounds like he definitely doesn’t understand or even know the capabilities of ETH vs BTC.”

He has also claimed that privacy coins such as Monero and ZCash have a lot of merit, and are even advantageous over Bitcoin, stating that “one of the risks of bitcoin is that governments don’t like it because it lets them get out of the fiat trap, of the fraud of fiat. Because that is what fiat is. Fiat is a fraud. Fiat fraud is inherent to the system, and we are seeing it happen in the United States now. The dollar is a joke.” The “additional discretion” provided by privacy coins, he added, was becoming “very important.”

All of this goes to show that Salinas is extremely passionate about crypto, and while there will always be debate around the merits and problems of various coins, he has definitely put his money where his mouth is by investing in Bitcoin, and is doubling down further with Banco Azteca’s move into BTC acceptance as well. This would mark one of the first instances of a commercial bank being allowed to accept or transact in crypto from its customers anywhere in the world. There have been a few examples of this already – In September 2020, San Francisco-based crypto exchange Kraken became the first cryptocurrency business to receive a charter to operate as a bank in the United States after receiving licensing from the crypto-friendly state of Wyoming. In October of the same year, the Wyoming State Banking Board voted to grant financial institution Avanti a bank charter for crypto-related services. Late last year, the Office of the Comptroller of the Currency introduced a charter allowing fintech firms to offer lending products without requiring oversight from state banking regulators. Crypto custodian, Anchorage, became the first crypto firm to receive licensing under the charter in January 2021. However, Banco Azteca would be the first ‘commercial’ lender to be allowed to accept crypto – of course, we must wait and see if such approval is granted, but given Salinas’ closeness to the Mexican government, it seems unlikely that any application would be denied.