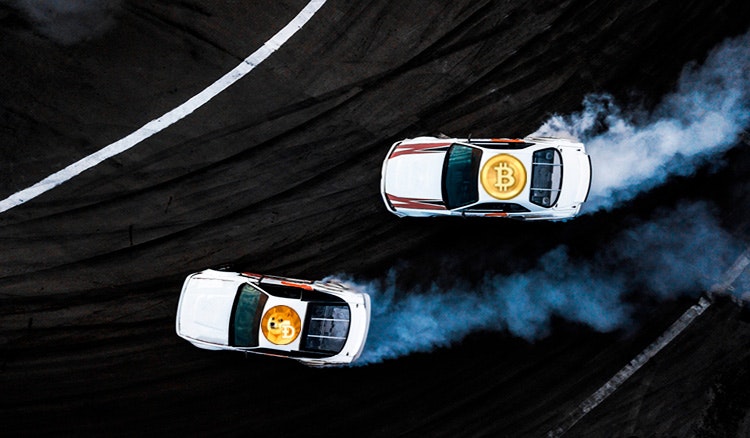 The COVID-19 pandemic has caused a lot of disruption and problems all over the world, with the sports industry being particularly hit, with no live sports anywhere in the world for several months last year. Even when sports activities did resume, there were no fans in attendance, which caused huge losses to teams, franchises and leagues, and even today, we are still seeing stadiums operating at reduced capacity rather than at 100%. In such a scenario, where revenue has been hit for over a year, teams have had to look at innovative solutions to try and increase their income, and the use of cryptocurrencies has emerged as an interesting solution. Several sports teams have turned to digital ‘fan tokens’ to help generate income as well as enhance fan engagement, with the likes of major European soccer teams such as FC Barcelona, Paris Saint-Germain, Juventus, AC Milan, Manchester City and MMA giant UFC all getting on board this train, and we are now seeing racing, in its various forms, also get behind crypto in a big way.

Roush Fenway Raceway is set to become the first motorsports team to launch a crypto fan token. The $ROUSH Fan Token will be minted on the Chiliz blockchain that provides owners with access to voting rights in polls, VIP rewards, exclusive promotions, AR-enabled features, chat forums, games and competitions on the mobile app Socios.com. Fans can look forward to the chance to select race car paint schemes, team uniforms, pit signage and other assets for the RFR Fords of drivers Ryan Newman and Chris Buescher at the Aug. 8 Cup Series race at Watkins Glen (N.Y.) International. NASCAR has thus made the foray into crypto fan tokens ahead of the likes of Formula One. The business model for fan tokens is quite simple – teams get a percentage commission of each token sold, plus a share of trading fees that are generated from the buying and selling of the tokens on either big exchanges like Binance or with the Chiliz crypto platform, and the $ROUSH Fan Tokens will be priced at $2 each.

However, F1 has not been too far behind, as the Alfa Romeo and Aston Martin teams have become the first F1 sides to launch their own crypto fan tokens, with this also being done on the Chillz blockchain platform.

Another interesting development in the racing world has been the announcement that NASCAR driver Landon Cassill will be paid in the form of crypto for the 2021 season. He drives for JD Motorsports, driving the no. 4 and no. 6 Chevy Camaros. Voyager finalized a 19-year agreement to sponsor Cassill. The partnership will also see the No. 4 Chevy feature a “Voyager paint scheme in Saturday’s Tennessee Lottery 250 at Nashville Superspeedway.” Voyager is a crypto and altcoin trading app available in the US, and Cassill is a close friend of Voyager CEO Steve Ehrlich. Even though cryptocurrencies can be volatile, Cassill stressed that he is willing to take the risk. Landon Cassill follows the growing list of celebrities and athletes getting into crypto over the last year. Last year, NBA star Spencer Dinwiddie tokenized his contract and the NFL offensive tackle Russell Okung is paid in bitcoin as well. NASCAR driver Darrell “Bubba” Wallace revealed last July that the bitcoin logo would be featured on his Cash App-sponsored Chevy No. 43, and this partnership is sure to bring more visibility to crypto. Cassill, a 31-year-old Iowan, has ranked 12th two times, once at Darlington Raceway in May and Daytona Road Course last February. Cassill has also been racing for a very long time since he was a little boy. At 16, Cassill obtained the record for the youngest winner in ASALMS history back in 2006.

The impact of crypto on popular culture as well as vice versa was also seen over the last couple of days, with the DOGE-emblazoned Chevrolet Camaro driven by Stefan Parsons smashing into the wall on lap 70 of the NASCAR Xfinity Series Race in Nashville. Several news channels carried this news with the line “the #dogecar has crashed”, and this also coincided with a fall in Dogecoin’s price, as it fell by around 14% over the weekend. DOGE has lost 30% over the past fortnight and was down 64% from it’s all-time high of $0.73. Saturday’s race was not the first time Dogecoin’s famed cartoon pooch has found its way onto the hood of a NASCAR vehicle, with driver Josh Wise raising $55,000 in DOGE donations on Reddit to fund his entrance in 2014. When Wise ran the scheme, he was driving the Number 98 car for Phil Parsons Racing.

These events show the growing influence of crypto on racing all over the world, and it will be extremely interesting to see how this evolves further over the next few months.