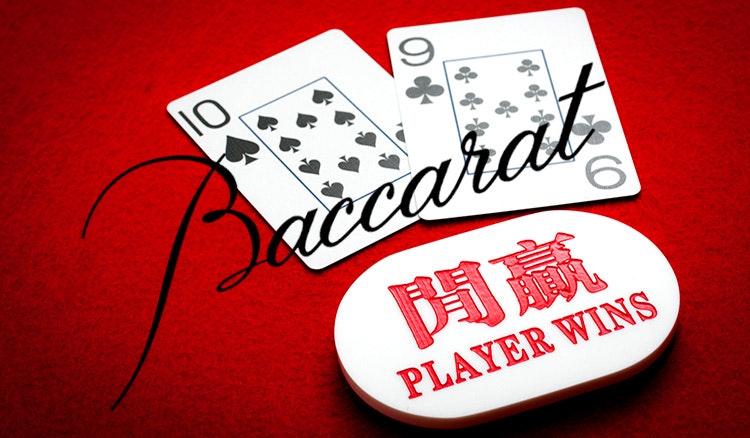 A lot of modern amenities are versions of things that first came into existence centuries ago, and have been refined and improved over the years. While card games cannot be called inventions or amenities, they too have been around for hundreds of years, and baccarat, one of the most popular card games today, is no different. Today, players are able to play their favorite card games, including baccarat, on their computers or phones, which is a far cry from when the game first came into existence.

However, the exact origin of the game is not known, since the first written records mentioning baccarat are from the 19th century. There are some who believe that baccarat derives itself from the Chinese Pai Gow game, which was played with tiles instead of cards, since Pai Gow means ‘make nine’, and nine is the best score in baccarat. There is no proof to substantiate this claim, however. Others assume that Ancient Rome is the inspiration for the game, where vestal virgins would cast dice to determine their fate. Landing an 8 or 9 meant a future as a high priestess, which was obviously the most desired outcome. Thus, these links to the number 9 are behind these theories, even though baccarat is played with cards and no dice.

Card games, in general, first came into existence in the 14th century, since cards were relatively scarce before the printing press was invented. Most historians believe that Baccarat was invented in Italy, not in France as is popularly assumed. With card games proliferating in the 1300s, one of the most popular games in Italy was Tarrochi. While there is no direct evidence linking Tarrochi to baccarat, it may have been that Tarrochi was the precursor of all modern card games. Another popular Italian game, Macao, which was played to a total of nine, is often called Italian baccarat, and may also have been the original version of modern baccarat. Le Her is another game which has been linked to baccarat, since they are both fixed-number games where players aim for the highest score. In Le Her, the cards had values from 1-13, with the King being the highest value card and the instant winner is drawn.

In any case, baccarat is thought of as a French game, so it is also interesting to note the game’s development in France. The game was apparently introduced to the country by soldiers returning from Italy in the late 1400s, and became immensely popular, with two versions – Baccarat en Banque and Chemin de Fer. It was so popular that it continued to be played in underground casinos even after Louis Phillip made casinos illegal in France in 1837. The first mention of baccarat in writing came in 1847, when Charles Van-Tenac wrote a 13-page mathematical analysis of the game in his Album des Jeux.

It did not take too long for the game to cross the Atlantic, with records showing that it was first played in an American gambling house in 1911. However, there are newspaper reports which claim that this happened even earlier, in 1871. In any case, baccarat was being played in the USA in the early 1900s, even though it lagged in popularity behind blackjack and craps. In fact, it was so nondescript that the game was not even mentioned in the Assembly Bill of 1931 which legalized gambling. Baccarat wasn’t a major casino game in the USA until 1959, when Tommy Ranzoni brought a new version, called Punto Banco, to Las Vegas. This is the version of baccarat played at most casinos in the USA, UK, and Australia today, having been created at the Mar del Plata casino in Argentina in the 1950s.

The first Punto Banco table was opened at the Las Vegas Sands on 20th November 1959, although that day ended badly for the casino, which lost over $250,000. Baccarat retained an air of exclusivity, as there were only 15 tables playing the game on the entire Vegas Strip in the 1970s, so you needed to be rich or famous to get a seat. In any case, the early Vegas versions of the game were different from the original Punto Banco as well, with no tie bets and side bets on natural hands. The attraction for the game came from its links to glamour and wealth, while today, it is more popular in Asia, with different, fast-paced variations, as well as a number of superstitions that go with the game.