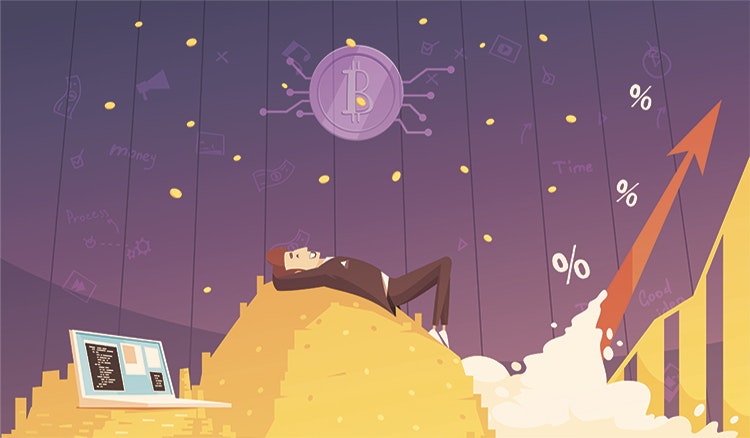 The ongoing rally in Bitcoin’s price shows no sign of slowing down. The token has crossed $54,000 and is well on its way to breaching $60,000 before February is out. For context, Bitcoin was at around $20,000 as recently as mid-December and will have therefore nearly tripled in value in less than three months, to say nothing of the fact that it has generated over 1000% returns if we go back to March 2020. Thus, it is no surprise that this sustained price rise has drawn the interest of several global companies, who are all now trying to get in on the action and either benefit from this by investing their own money into Bitcoin or are looking for a more holistic approach by trying to integrate Bitcoin and cryptocurrencies into their operations. Thus, here we look at some of the biggest companies that are investing in Bitcoin, and their reasons for doing so.

Grayscale, established in 2013 by the Digital Currency Group, is one of the biggest names in institutional crypto investment firms. It was one of the first firms to launch an investment vehicle for Bitcoin, in the form of the Grayscale Bitcoin Trust (GBTC), which is similar to an ETF. It gives investors exposure to Bitcoin without actually needing to hold the asset. Since being launched in September 2013, the fund now has more than 500,000 BTC under management, making it the largest investment in crypto for a publicly-traded company. The trust was also the first crypto investment vehicle to gain SEC reporting status, and the firm now has various other vehicles which offer similar exposure to other cryptocurrencies, including Ether, XRP, Bitcoin Cash, and ZCash, among others. As of the beginning of February, Grayscale has $10.4 billion in AUM, with the majority of this in the GBTC trust.

MicroStrategy is a firm that offers business intelligence software and cloud computing services for data analysis for its clients. It was established in 1989 by Michael Saylor and Sanju Bansal. While its core operations may not be utilizing crypto, it has a huge investment in the space. Microstrategy bought $425 million worth of Bitcoin in August 2020, and it currently has 38,250 BTC under management. The value of this investment has grown to over $2 billion at the time of writing, and therefore the company has already made a huge return on its initial investment in less than a year. The company has made Bitcoin its primary reserve asset, meaning that all of its funds are now saved in the form of Bitcoin, which has helped create significant outperformance as compared to the rest of the company’s finances.

Perhaps the most high-profile entrant into the cryptocurrency space, Tesla became the latest publicly-traded company to hold Bitcoin. An SEC filing showed that Tesla had invested $1.5 billion into Bitcoin, which would be around 7.7% of its cash reserves, as of Q4 2020. This shows its belief in cryptocurrencies as well, as such a high proportion of its cash reserves are now held in Bitcoin. This announcement helped push Bitcoin to over $40,000 earlier this year, while founder Elon Musk has long been a proponent of cryptocurrencies as well. Additionally, Tesla has also left the door open to receiving Bitcoin and other cryptocurrencies as payment from customers.

Square is headed by Jack Dorsey, co-founder, and CEO of Twitter, and has been one of the leaders in the digital currency space since introducing crypto payment options to its Cash App back in 2018. Square also recently bought $50 million of Bitcoin, which was approximately 1% of the company’s total cash reserves, in a sign of its confidence in cryptocurrencies, and again, the value of that investment has skyrocketed in recent weeks. Bitcoin trading from customers earned Square $1.63 billion in just Q3 of 2020, which is an increase of over 1000% over the same period in the previous year.

Galaxy Digital is a financial and investment services firm, which has been attempting to bridge the gap between institutional finance and cryptocurrency. It was formed by one of the biggest advocates for Bitcoin, Mike Novogratz, in 2018, and helps clients invest in digital assets and blockchain. The company holds nearly 60% of its liquid assets in the form of Bitcoin and other cryptocurrencies, with its Bitcoin ownership alone being over 16,000 BTC – worth more than $900 million at the time of writing, while the initial investment had been around $134 million, making it one of the most heavily-invested publicly traded companies in Bitcoin.