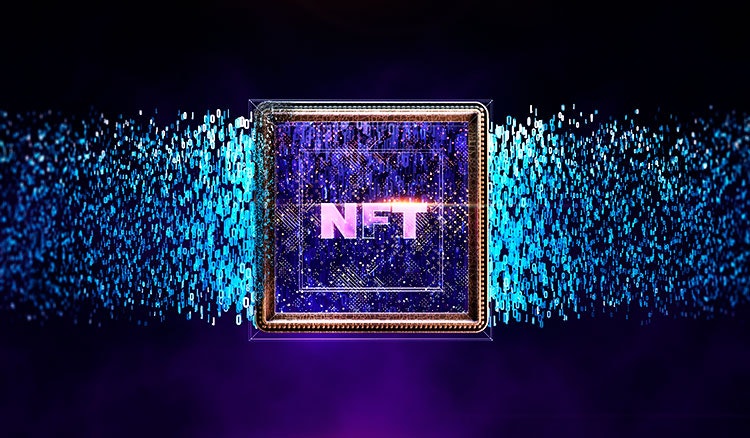 The ongoing cryptocurrency craze has sparked a new wave of digital trends, and foremost among these is the hype around NFTs. NFTs, or non-fungible tokens, are the crypto equivalent (almost) of collectibles, and they are fast becoming a huge part of the online ecosystem. Many believe that they represent the future and will be a key part of how businesses and content creators will provide their content to us, while others believe that it is all a bubble and NFTs, along with crypto, are set for a hard landing sooner rather than later.

Fungibility is a concept in economics, where fungible assets are those which can be interchanged easily, such as money. You can have a $10 note or two $5 notes and they will have the same value; however, a non-fungible asset is unique in some way, and so it cannot be interchanged for something else and have the same value. Examples of non-fungible assets in regular life include houses, or works of art – you can take a picture of a painting, for example, but there will always only be one original. Thus NFTs represent digital assets that are unique, and these can be bought and sold, acting as certificates of ownership for those assets – in fact, NFTs can represent physical assets as well.

Recently, a digital artwork by Beeple was sold at Christie’s auction house for $69 million, but the buyer did not receive the artwork itself, or even a picture of it – he received an NFT. That is at the crux of how NFTs work – they will signify ownership of digital or physical assets and can be traded online without the actual commodity itself needing to change hands. These NFTs are stored on blockchain networks, which makes it virtually impossible to forge these records, while they can also have smart contracts that give owners a cut of future sales, for example.

It must be noted that the NFT does not stop people from copying digital pieces of art, just as physical ownership would not. The NFT, however, will prove ownership of the original piece of work, which is the crucial bit and is where NFTs are expected to play a big role, especially online.

NFTs are also being used by content creators to sell their content. Musician Grimes sold some of her digital art for more than $6 million in February, while in even more outlandish examples, Twitter founder Jack Dorsey has put out an NFT of his first-ever tweet, bids for which have crossed $2.5 million. More realistically, NFTs can play a big role in the digital ecosystem around gaming, for example – players often buy cosmetic items in games such as Fortnite to make their characters look cooler, and these transactions could now be facilitated through NFTs.

Of course, there are some concerns around all of this. NFTs have the same environmental issues as cryptocurrencies, in that maintaining the blockchain networks uses up a lot of electricity, and therefore they are incredibly inefficient in terms of environmental impact. Further, many observers believe that the NFT space, much like the crypto industry, is in a bubble at the moment. NFTs have been likened to buying official collectibles, such as trading cards, except that you do not even receive the collectible, which is why it does not make sense to some people. Former Christie’s auctioneer Charles Allsopp says that he finds the entire concept of buying something that “is not there” strange, while other observers find it strange that the digital ‘asset’ in question can be replicated online even though ownership would lie with one person. Take the example of a sports highlight – official footage of LeBron James’ dunk from a recent NBA game has been sold as an NFT for around $200,000, which is surprising considering that you can find video clips of that particular moment all over the internet. It is, of course, a way to channel money and rights towards the owners of these moments, but it still needs to develop in a manner where those ownership rights are a little more tangible. This is the reason why the biggest market for NFTs is in gaming, where, as mentioned earlier, players can own in-game items, and those who haven’t bought them do not have them within the game.

NFTs are part of a new wave of digitization, and while time will tell if they are a good idea or bad, it is certain that they have managed to cause a huge stir in many different areas, which in itself is a testament to the potential impact that this concept can have in the months and years to come.