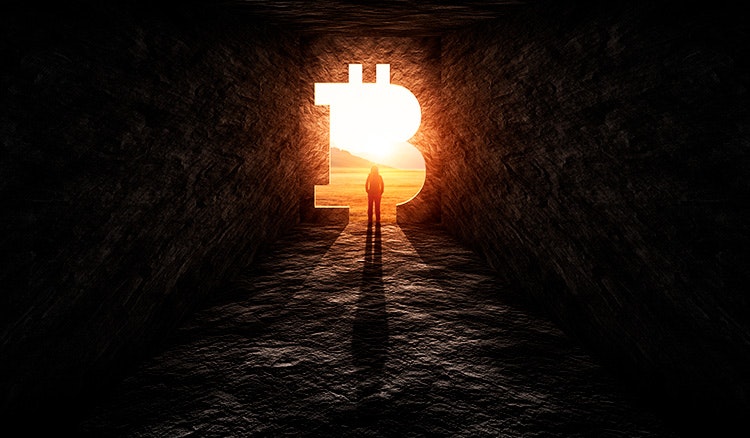 Nobody could have predicted the last 12 months, and this is true for Bitcoin as well, which has gone from around $5,000 to over $58,000 in that span of time. Additionally, we are seeing cryptocurrencies and blockchain be used in other sectors and areas as well, and this increase in adoption is seeing more and more people be introduced to cryptocurrencies. However, it is still nearly impossible to predict how this will play out 10 years from now – crypto could be the standard for how digital currencies are used, or it could fade away as many other promising innovations have done. Therefore, here we will look at some of the possible scenarios that could play out for Bitcoin and crypto in general over the next decade.

If the current trend continues, it is almost certain that Bitcoin will continue being appreciated by more and more top companies and people, thereby growing in value and market capitalization. It already exceeds gold’s market cap and is being considered ‘digital gold’ i.e. an asset that can be a safe haven for investors, with the only difference to gold being that it is a digital asset. Bitcoin would also help reduce the wealth gap, especially for Black and other marginalized communities, in such a scenario, as it would provide a very good hedge against inflation. Some observers believe that if the current trend continues, we could have 1 billion Bitcoin account holders by 2030 – there are currently 130 million accounts.

Bitcoin is strangled by regulation

This is one of the more bearish scenarios, and some of it is already being seen today. Several large economies such as Nigeria and India have been cracking down on Bitcoin and crypto. There is no guarantee that the rest of the world will not follow suit at some point. Efforts by individual countries will only serve to make Bitcoin more scarce and increase demand and price; however, if there is a unified global agreement, similar to the Paris Climate Agreement, for example, it would be a body blow for the crypto industry, which would then struggle to survive and be relevant. Of course, this scenario is not too likely, since it will be extremely difficult for various countries to come together and be on the same page in this regard.

Many people cannot see Bitcoin becoming a global reserve currency like the dollar, but it is entirely possible that it becomes a reserve currency on the internet. The user experience would not change by too much, making it easy to adopt all over the internet, and it would also allow various merchants to have a more global customer base since Bitcoin can be used anywhere in the world easily.

Bitcoin is used for everyday transactions

Bitcoin is already being used as a medium of exchange for cross-border transactions and payments, as well as in countries with unstable currencies. However, it still represents a very small part of the global daily transaction volume for goods and services. One of the most important ways for Bitcoin to succeed will be for it to become a version of digital cash or gold, where people use it to make daily transactions, like buying a cup of coffee with it, for example. However, this is not too likely to happen in the future. Firstly, transaction fees, which are extremely low at present, will shoot up by 2030 to make it worthwhile for Bitcoin miners to continue operations. Secondly, while it is expected that Bitcoin’s price volatility will have moderated by then, it will still not be stable enough to be used for regular transactions and on a daily basis. Thus, this scenario is quite unlikely to come to pass, especially with Bitcoin and crypto in their current form.

The IMF creates a Bitcoin competitor

There is a lot of interest all over the world in digital currencies at the moment, thanks to crypto’s rising popularity, so it is not completely impossible that the IMF decides to create a global digital currency. This could be a basket of national currencies, with the IMF potentially restricting countries to limit their monetary printing to only 2% per year. This would create the scarcity that would make it attractive as an alternative to Bitcoin. This would be a big blow, with Bitcoin potentially losing hundreds of billions of dollars in such a scenario.

Space travel is booming at the moment, with plans firmly on track to have humans go back to the moon, and then to Mars, in the next decade. Elon Musk, the CEO of SpaceX, is also a big crypto enthusiast, and so it would not be a surprise if a colony on Mars was to use Bitcoin for payments, rather than any ‘Earth’ currencies. The infrastructure to make payments through satellites already exists, and so we could possibly see crypto being used in space in less than a decade.