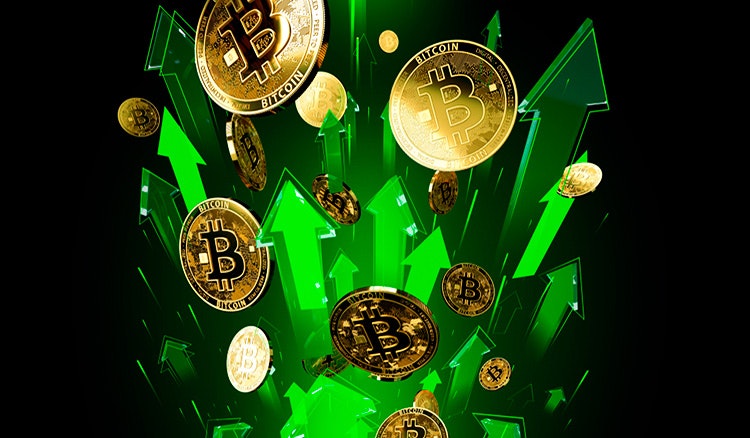 We have been witnessing history unfold in front of our eyes over the last few weeks if the price of Bitcoin is any indication. The world’s biggest cryptocurrency token has continued to scale new highs, even as there are still pessimists who believe that the whole thing is a sham and that the price will soon be heading towards zero at an equally fast pace. Bitcoin, which was at around $30,000 in January, recently crossed the $50,000 mark for the first time, and since then has gone even further, going beyond $58,000 in a move that took its market capitalization to more than $1 trillion, something that took companies such as Google and Amazon decades to achieve.

At the time of writing, the price of Bitcoin was $52,929, having pared some of the gains of the last week, but still in a very healthy position, having crossed $50,000 just around a week ago. It may also have dipped below $54,000 now, but upon crossing $58,000, it had achieved history in hitting $1 trillion in market capitalization, a feat that only a small handful of assets have ever achieved in history. Given that Bitcoin is just 12 years old, having been created in 2009, this is an astonishing rise, and there is no reason to believe that it cannot continue.

It is quite interesting to look back now at some of Bitcoin’s history. Back in March 2010, $10,000 of Bitcoin were auctioned at a price of $50 at the Bitcointalk.org forum, but found no takers. Two months after that came the famous, or infamous, depending on how you view it, pizza order, where Laszlo Hanyecz bought two pizzas for 10,000 BTC. This day is of course now commemorated in the world of cryptocurrency, but back then Bitcoin was viewed as a collectible with no real monetary value, and something only hardcore crypto enthusiasts understood and were interested in. In the years since, we have seen Bitcoin become a lot more popular and come into mainstream economic systems, largely driven over the last 12 months by its spectacular price rally, while there had been a rally in 2017 as well which had been followed by an equally swift crash in 2018 that wiped out half of Bitcoin’s value in a matter of weeks. That crash had spooked many investors and traders who vowed to stay away from crypto, but this current ongoing situation has brought many large companies into the market for cryptocurrencies.

Tesla, for example, recently announced that it had bought $1,5 billion worth of Bitcoin, on which some analysts believe it has already made $1 billion of profit, such has been the increase in price at that time. Mastercard, one of the world’s biggest payments and card companies, has stated that it will begin to open up its network to digital assets and cryptocurrency companies and allow those transactions to take place on the network. PayPal, another global payments giant, is now allowing users to make payments in cryptocurrency, while BNY Mellon has become one of the first big Wall Street banks to support crypto with investment. MicroStrategy has made waves and has seen its share price increase by more than seven times, since it first announced its own Bitcoin purchase in August 2020. The company is continuing with these plans and is now reportedly going to raise $600 million by offering convertible bonds to investors, with the proceeds going towards further Bitcoin purchases.

All of this has led to a lot more confidence in Bitcoin than previously and is a big reason for its continued rise in price, and this does not look like slowing down anytime soon.

While there are some who still believe this to be one of the largest asset price bubbles in history, and therefore in danger of bursting anytime, the market seems to have decided that Bitcoin, and therefore cryptocurrencies in general, are here to stay, and have a lot of value to add to financial markets as well as other sectors.