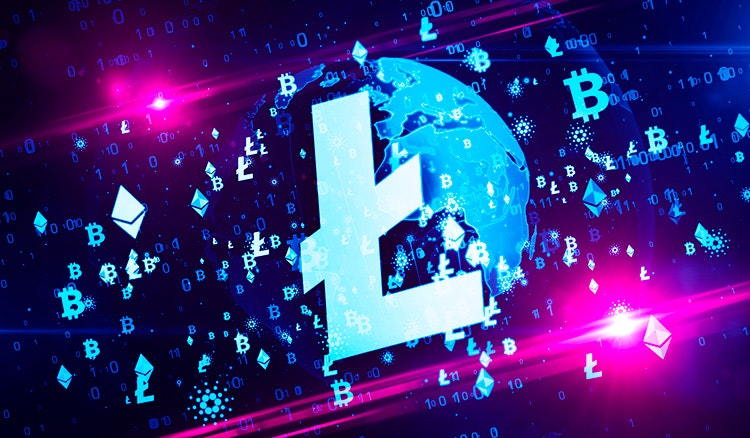 Most people in the world who would have heard about cryptocurrencies will only know about Bitcoin, which is the largest and most popular cryptocurrency globally. Of course, Bitcoin dominates the crypto market at present, but there are a number of other crypto tokens, including Dogecoin, which could potentially offer significant benefits and returns in the near future. One of these is Litecoin, which was launched in October 2011 by Charlie Lee, a Google employee who later joined Coinbase, the largest cryptocurrency exchange in the world. It is interesting to note that Litecoin is very similar to Bitcoin, but has some key differences.

Litecoin was a source code fork of Bitcoin, with a significant difference being that it was faster, could support more coins, and had a different graphical user interface (GUI) on GitHub when it was launched initially. Litecoin is still much faster than Bitcoin – a Litecoin block takes around 2.5 minutes to process, on average, as compared to 10 minutes for Bitcoin. It also uses a script in its algorithm, which is a sequential memory-hard function that requires more memory than non-memory hard algorithms. Because of this, it is more difficult to mine Litecoin than Bitcoin, and also more expensive, which may have been one of the reasons why Litecoin was adopted at a much slower rate than Bitcoin, even though it is now the ninth-largest crypto in the world by market capitalization. Even though Bitcoin and Litecoin are very similar, the adoption of Bitcoin as a payment method has far outstripped that of Litecoin, and there is very little correlation between payment patterns for both tokens.

Litecoin’s protocol is also considered safer than Bitcoin, which is another attractive feature of this token that differentiates it from Bitcoin. Another advantage is the fact that the Litecoin algorithm has been designed to process many more tokens, and so the maximum size of the Litecoin system is much larger than that of Bitcoin. Up to 84 million Litecoin tokens can be generated, while only 21 million Bitcoin tokens can be generated. Thus, Litecoin is much more freely available, and therefore it is unlikely that we will see the kind of scarcity-driven price hikes that Bitcoin has seen and will continue to see. Of course, this is great news for existing Bitcoin investors, but it makes it more and more difficult for new entrants into Bitcoin, which is not the case for Litecoin as prices have remained low even after a significant rally in the last year, in line with the rest of the crypto market.

Litecoin is also part of a swap exchange agreement with Verticoin, which allows users to exchange the two tokens without the need of a third-party exchange. This is also true for exchanges between Litecoin, Bitcoin, and Decreed, making it extremely easy for users to conduct transactions and move their balances from one crypto token to the other.

In May 2017, Litecoin was also the first crypto token to use the Lightning Network to complete a transaction. This is significant since Layer 2 payment protocols like the Lightning Network are becoming increasingly important with rising transaction costs. These costs will continue to increase as more crypto tokens are mined and released to make it profitable for miners to continue operations, and so Layer 2 payment networks will be crucial to ensure that the likes of Bitcoin can be scaled and can support millions of transactions, which is essential if cryptocurrencies are to form a part of our economic systems going forward. Thus, Litecoin has already been tested on these networks, and therefore the advantages offered by Layer 2 networks will soon be applicable to Litecoin payments as well. These include granularity, where extremely small transactions will be possible; privacy, with details of individual payments not being recorded on the blockchain; speed, with individual transactions taking under a minute; and volume, with there being no limit on the number of transactions that the network can handle per second. All of these benefits mean that Layer 2 payment networks will be the future of crypto payments, and Litecoin is likely to be one of the first crypto tokens that will be supported on these networks, further increasing its appeal.

New era begins: How blockchain is transforming the film industry