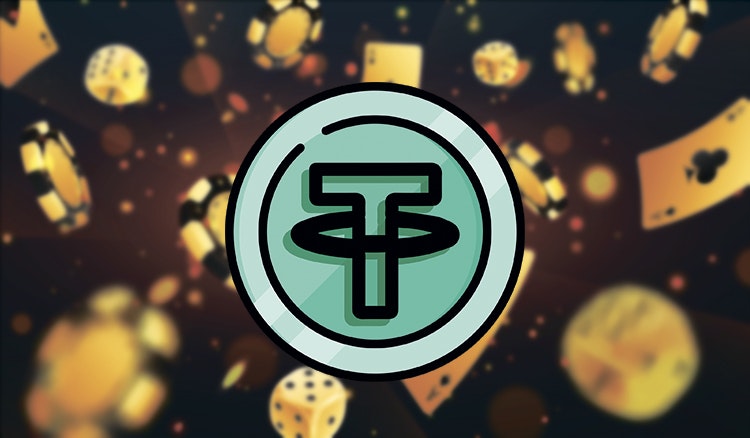 Tether is one of the latest cryptocurrencies to have emerged as one of the mainstream options looking to disrupt the industry and has since been able to acquire significant interest and growth within the sector for a variety of different reasons, including crypto gambling. The coin may not be as well-known as some of the other tokens that have been able to achieve and build a huge reputation within the sphere of digital currency, however it should only be a matter of time before it does. For that reason, this blog post will take a look at Tether in-depth by taking a look at what it is, how it was created and the history behind it whilst also looking at how it can provide holders of the coin who are interested in gambling with Tether at Winz.io casino.

Firstly, it is important to be able to know what Tether is and why it was created in the first place. As with many forms of crypto, this particular token is an open source, peer-to-peer blockchain coin, therefore it essentially works in many of the same ways as others do. The blockchain will allow for data to be stored in multiple locations, with each piece being held in chronological order. This helps to keep the crypto decentralized whilst also being as transparent as possible as it would be hard for it to be overtaken by a single entry.

Initially created in 2014 as “Realcoin”, Tether was created by three individuals – Brock Pierce, Reeve Collins & Craig Sellars – with three different versions being launched in 2015 when it began being tradable, with each of the three introduced being tied to a different fiat currency. Since its meteoric rise in the industry, the token has become the largest stablecoin in regards to market capitalization, thus making it the most valuable.

The main reason why Tether was initially introduced into the market was that the creators had wanted to tie it down to a fiat currency, with the U.S. dollar being used. This is what makes the coin different from many of the alternatives that are available because its value is not determined on speculation whilst it is less likely to suffer volatile fluctuations. Also known as a “stablecoin”, Tether is supposed to be the literal value of a fiat currency and there have been four different stablecoin currencies available at the moment due to its growth around the world: USDT (U.S. dollar), EURT (Euro), CNHT (Chinese Yuan) and XAUT (one ounce of gold).

Why has it become incredibly popular?

Of course, the fact that the coin is essentially tied to a fiat currency will have immediately made it appealing to many as it will have provided them with confidence regarding its value. Cryptos that are more volatile can make holding tokens an extremely risky game and one that some will not want to participate in.

In regards to risk, the coin has become popular for those who use crypto gambling platforms. Winz.io casino provides their members with the ability to make deposits using Tether and there are a number of benefits as to why so many already choose to do so. This includes the level of security that is provided to the holder whilst the speed of each gambling transaction is instantaneous, although the price factor is going to be another huge benefit. With the price of this particular crypto coin being a lot lower than some of the other mainstream options, bettors will have greater access to it, thus further enhancing the adoption rate and making it one of the top digital coins to use when gambling.

How crypto is strengthened by space exploration