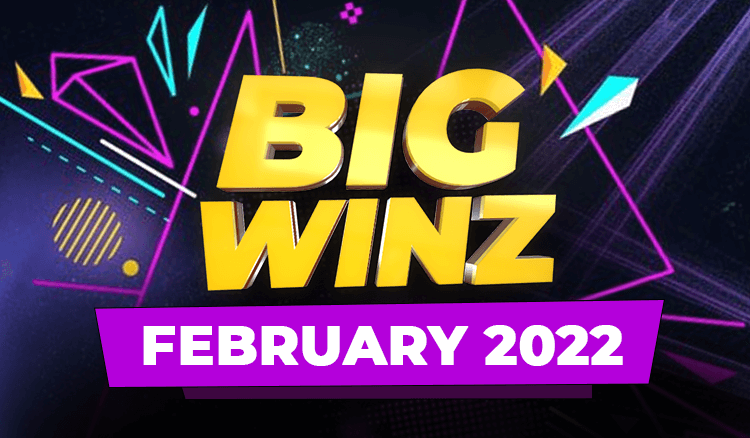 We have had another exceptional month at Winz.io as there have been a number of big wins recorded once again by a number of members!

Of course, those that continue to play will know all about our impressive Lucky Battle Weekly competition that is held each week. For those unaware, a share of the 1,800 USDT prize pot is on offer, as well as a share of 500 free spins!

In order to win, all players needed to do was to play their favorite slot games and record the biggest win multiplier!

Let’s take a look at February’s winners and see what they managed to achieve: 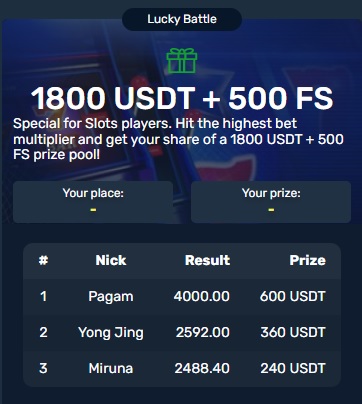 Pagam stole the show for Week #1 as she managed to turn a 0.00375 LTC wager into a prize of 15 LTC via the use of a whopping bet multiplier of x4,000 when playing Pragmatic Play’s Gates of Olympus!

Player Yong Jong managed to come second place in the competition that week, as he also played a Nolimit City title, although this time he was enjoying the Infectious 5 xWays game! He turned 0.000018 BTC into 0.046656 BTC via the use of an x2,592 bet multiplier!

Miruna, who is no stranger to ranking highly in this tournament, also got involved as he finished third in the Lucky Battle weekly competition after playing Nolimit City’s Mental slot game and turning 0.60 EUR into 1,493 EUR after achieving an x2,488 multiplier! 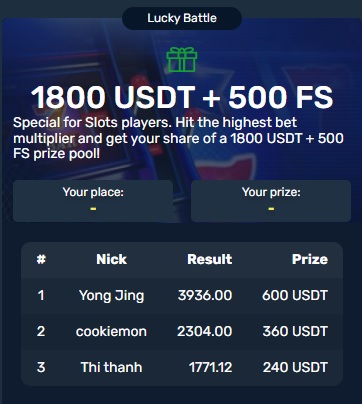 Yong Jing went one better in Week #2 of this Lucky Battle Weekly competition, as he finished top after enjoying Nolimit City’s Tombstone R.I.P. slot title! He managed to turn 0.000012 BTC into 0.047232 BTC with a bet multiplier of x3,936!

Cookiemon took second as they turned 1 AUD into a winning bet worth 2,304 AUD via an x2,304 multiplier when playing Nolimit City’s xWays Hoarder xSplit.

Our regular winner Thi thanh managed to enjoy another successful week when she was playing Quickspin’s Sevens High Ultra title after recording an x1,771 multiplier that turned her 0.50 USD wager into 885.56 USD! 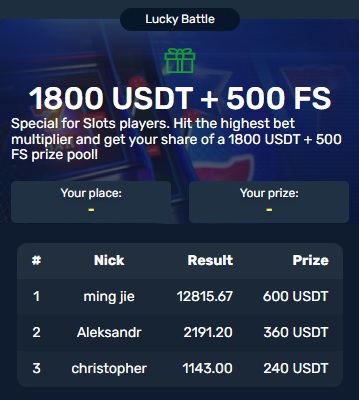 Nolimit City games did not appear in Week #3 of this Lucky Battle Weekly competition, with some of the biggest developers in the industry providing the spoils for players in this particular week.

Ming Jie took the biggest prize of Week #3 as he played NetEnt’s Dead or Alive 2 and were justly rewarded. He obtained an enormous bet multiplier of x12,815 that saw a small 0.45 CAD wager be turned into an astounding 5,767.05 CAD win!

Play’n GO’s Gigantoonz slot paid dividends for Aleksandr as his 80 RUB bet turned into a win of 175,296 RUB courtesy of an x2,191 multiplier.

Christopher managed to finish third in this week’s competition after securing an x1,143 multiplier when playing BGaming’s Squidpot with a bet of just 0.50 AUD being turned into a cool 571.50 AUD reward! 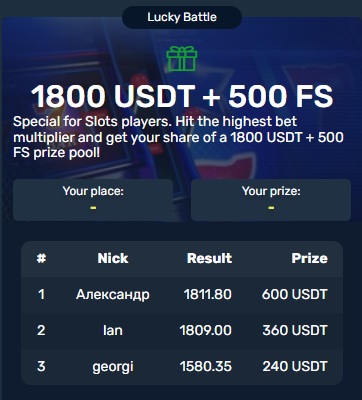 Week #4 of the competition saw the return of the Nolimit City games and Aleksandr took the honors this week! Playing Nolimit City’s Fire In The Hole xBomb game, he turned a 60 RUB wager into 108,708 RUB as he achieved a win multiplier of x1,811!

Second place went to Ian after he played Nolimit City’s Legion X title, and saw a bet of 2 DOGE be turned into 3618 DOGE after achieving a multiplier of x1,809.

Georgi completed the list of winners in February after he managed to acquire a multiplier of x1,580 when playing Push Gaming’s Jammin’ Jars title and turning a 0.40 USD wager into a win reward of 632.14 USD!

Congratulations to all of our winning members!

February 2022 was clearly a rewarding time for many of our Winz.io members and you have the opportunity to join them in March as our Lucky Battle weekly competition continues to remain active!

Why not try your best to join them on the list of honors when we release the next update around this time next month?