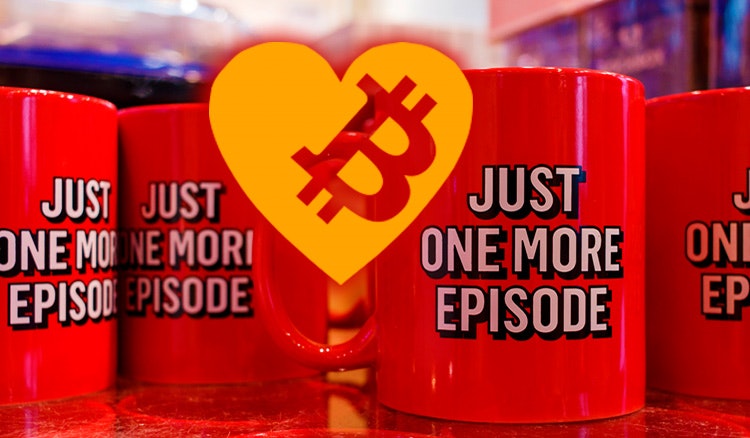 Cryptocurrencies are firmly part of our lives now, and there is no better way to understand this than to look at pop culture, where references to cryptocurrencies have been steadily increasing. More and more TV series have used crypto in some form in their plots, so here are some of the most famous sitcoms and TV series which have featured cryptocurrencies in their episodes.

The Simpsons has been one of the longest-running TV series on American television, and in that time, it has gained a reputation for somehow managing to predict future events. While that has not exactly been the case for cryptocurrencies, it is nevertheless quite interesting that the first mention of cryptocurrencies on the series came all the way back in 2013, when Bitcoin was mentioned for just a second. However, there are discussions around whether The Simpsons did actually predict this phenomenon, with an episode back in 1997 having an establishment known as the ‘Crypto Barn’. It can safely be said, though, that this series has had one of the earliest mentions of crypto in American TV history.

The hit HBO series, Silicon Valley, actually features several references to crypto and blockchain. Shared economy apps for gluten free dog cookies were a shoutout to blockchain networks, while Pied Piper, the startup founded by the four protagonists, is forced to turn to crypto for funding after being turned away or having poor experiences with venture capital firms. There is even a PowerPoint presentation about cryptocurrencies, and an ICO, which leads to PiedPiperCoin being created as a digital asset in this fictional universe.

This is yet another TV series that took several aspects of geek and nerd culture and brought them to a mainstream audience, and one such episode aired back in 2017, where the protagonists are discussing the price of various crypto assets. They realize that they had mined a bunch of it back in 2010, and therefore scramble to find the digital keys to their wallet before realizing that it has been lost and that their potential fortune is now non-existent. Imagine what that Bitcoin would be worth today, after the rise in Bitcoin’s price over the last 12 months.

Parks and Rec has been one of the funniest series on American TV, and it had a predictably funny take on cryptocurrencies as well. ‘PayPal me some Bitcoins when you get the chance’ is a line from one of the episodes and shows how out of touch the show’s protagonists, who are bureaucrats in Indiana, are with the world of technology and finance. This is still one of the funnier references to crypto in pop culture.

The Showtime series Billions actually has real-life connections to cryptocurrencies. One of the writers, Bob Mezrich, is the author of ‘Bitcoin Billionaires’, which is a book that charts the rise of the Winklevoss twins, Cameron and Tyler, in the world of cryptocurrencies with the founding of the Gemini crypto exchange. Thus, there are quite a few references to Bitcoin and cryptocurrencies in the series, including in the first season, as well as in season three, where a physical crypto wallet is shown.

Brian Stoeckert, an expert in risk management and anti-money laundering, is one of the advisers for this series, and he is one of the influences behind a storyline in this show which follows a fictional digital coin called GenCoin, which is being used to finance illegal activities.

Mr. Robot has had a cult following for years, but grew in popularity when Rami Malek picked up an Oscar for his performance as Freddie Mercury in Bohemian Rhapsody. Malek is the lead for this series, and its focus on ethical hacking, computers, and programming meant that cryptocurrencies were always going to be a plot point. Bitcoin is mentioned in the series, while a fictional currency, Ecoin, is a critical part of the show.

These are some of the most popular series which have had references to cryptocurrencies over the last few years. We can expect to see even more TV series pick up plots and storylines that are based on crypto, as this innovation grows more popular and becomes a part of mainstream economics and finance.