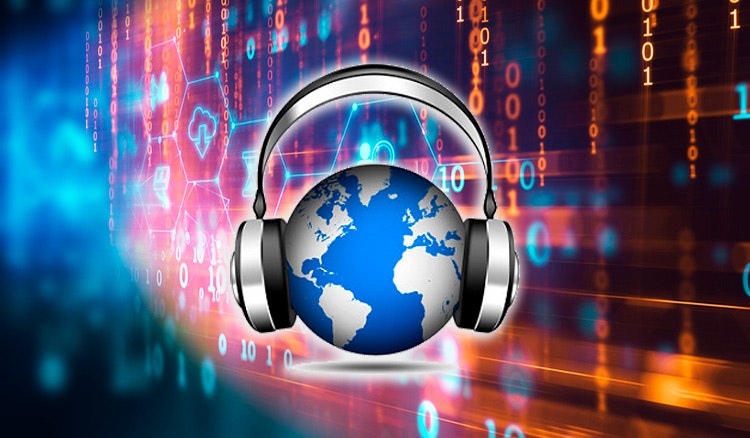 The world of music may seem like a glamorous one from the outside, but those on the inside know the struggle and grind it takes to make it to the top. Even if you make it, there is no guarantee that you will stay there, while there are always challenges regarding rights, royalties, record labels, and publishers. The example of Taylor Swift losing the rights to her early albums, and re-recording them recently, is one of the biggest examples of the issues plaguing the music industry, but now there may just be a radical solution insight through the use of blockchain.

The COVID-19 pandemic has caused these issues to become even more entrenched, as the majority of musicians make their money through touring and live performances, which have obviously been off the table for the last 12 months. In such a scenario, which has caused earnings for musicians to drop by a massive amount, their only source of revenue has been royalties, but these payments take ages to arrive and are often not paid at all by record labels and publishers. Money from streaming giants such as Spotify remains pitifully low as well, and so there is a need to shake up the industry and improve musicians’ rights on their own music. This is where blockchain can help, as it can help support a new financial system where artists can be paid in real-time for every stream of their songs, every piece of merchandise that is sold, and every record or single that gets picked up online.

The removal of middlemen from the music payments ecosystem is one of the biggest potential advantages of blockchain. While streaming has provided a great way to combat piracy, it has introduced an intermediary between musicians and their fans, and it also takes the bulk of revenue. Only the biggest artists earn anything substantial from streaming, while the rest have to make do with relative peanuts. Thus, blockchain networks, which would allow musicians to sell their music directly to fans in real-time, are one of the ways in which this system can be disrupted to the benefit of music producers.

Crypto and blockchain can also help with the immediacy of this, as crypto payments are instant. Traditional banking, as we all know, is much slower, and thus using crypto as a means to ensure immediate payment for artists will be a big driver towards getting more and more artists interested in any such platforms. Royalty payments can take up to five business days to arrive in an artist’s bank account, with the record label having to initiate the transaction, and the bank then drafting the money against the royalty and then paying it out through a wire transfer. However, if crypto and blockchain were to be used, it would be a simple matter of having the artists’ crypto address, and sending them Bitcoin or any other cryptocurrency, with the transaction taking place within seconds. This would remove one of the biggest bottlenecks in music with regard to money and royalties.

There are already some blockchain-based music streaming platforms available that are looking to tackle this problem. Opus is one of them, which uses two different peer-to-peer networks to remove middlemen and provide a completely decentralized streaming platform. One of the biggest advantages of this is that all hosting fees are removed, which reduces costs and therefore can allow Opus to share a bigger share of revenue with artists. It also uses smart contracts through the Ethereum network, which allows artists to be paid directly when a song is bought or streamed, while it also enables artists to retain the majority of payments made by premium users, and ad revenue generated by ‘freemium’ users.

Ujo, a New York-based platform, allows artists to upload their music on a decentralized database, where they can earn 100% of the revenue from sales and tips from fans, and also split that money easily with all collaborators. The Open Music Initiative, on the other hand, is using blockchain to identify music rights holders, and it has already brought the likes of Soundcloud, YouTube, Spotify, Sony, and Netflix on board, showing the potential that this has.

These examples show how blockchain and crypto are already changing the way the music industry operates, and there are many more such innovations and changes that we can expect to see in the future.