How memes, tweets and news affects the price of cryptocurrency 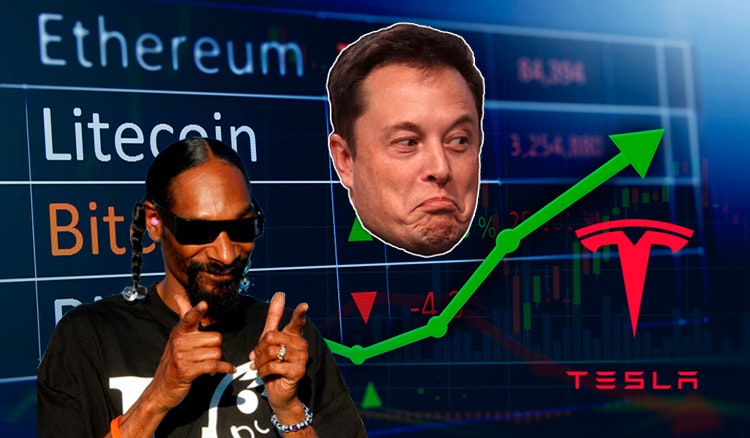 One would think that the price of financial assets would not be unduly affected by trends on the internet, and this is largely true of mainstream assets such as stocks and bonds. However, that wisdom has been turned on its head over the last month, with the WallStreetsBets Coin phenomenon playing out in full view of the world on a Reddit forum, with many other shares also seeing their prices move drastically as a result of thousands of people taking actions based on discussions on Reddit forums. However, that still needed many people to communicate and decide on a course of action to affect the market.

The cryptocurrency market, however, is a similar phenomenon. It is still extremely nascent, despite the surge in price that the likes of Bitcoin and others have had over the last 12 months, and is also yet to be considered a mainstream financial asset, which is why any statements or trends which make it seem more acceptable immediately spark rallies in the price of those assets. Bitcoin is, in fact, the best example of this trend, with the price of the token jumping after tweets and memes begin trending.

One of the best examples of this came earlier this year, in January, where Bitcoin spiked by nearly 15% to hit a 10-day high, all because Elon Musk, the founder of SpaceX and Tesla, among others, and the richest person in the world, added #bitcoin to his Twitter bio. This was seen as a sign of support for the cryptocurrency, and led to a lot of buying – in fact, Bitcoin rose by 15.7% in less than 15 minutes, completely reversing the earlier downward trend that had taken Bitcoin to around $32,000. This is also a reflection of Musk’s social media influence, as Google searches for ‘bitcoin’ following that Twitter bio update more than doubled in the space of a few hours.

Bitcoin is not the only cryptocurrency that has benefited from Musk’s tweeting. Another crypto token, Dogecoin, surged by more than 50% earlier this month following a series of tweets by Musk about the token.

Dogecoin is the people’s crypto

However, many in the crypto space have begun taking it seriously over the last few months, and this interest rose a lot more following Musk’s tweets, one of which featured him in a Lion-King inspired meme, raising the doge to the sky, instead of Simba and Rafiki in that iconic scene.

Dogecoin has been pretty volatile crypto, increasing by more than 800% at the end of January, with that price action also being triggered by Reddit and the WallStreetsBets forum.

Dogecoin’s reputation as a meme currency was also reinforced earlier in 2020, when it increased by more than 50% following a tweet by rapper Snoop Dogg.

Dogecoin had become one of the largest cryptocurrencies in the world after these tweets, and even as just a joke, it has already managed to generate huge returns for those who have put their money in it.

However, it is not just through memes that the world of crypto is being influenced. The recent news that Tesla has invested $1.5 billion into Bitcoin, and will soon start accepting it as payment, sent Bitcoin soaring to over $44,000 to a lifetime high. This is likely to be the new trend, where companies and long-term investors begin to put their money into Bitcoin, and thus it may be that the token becomes less influenced by social media and more by genuine investments and news from the crypto space.