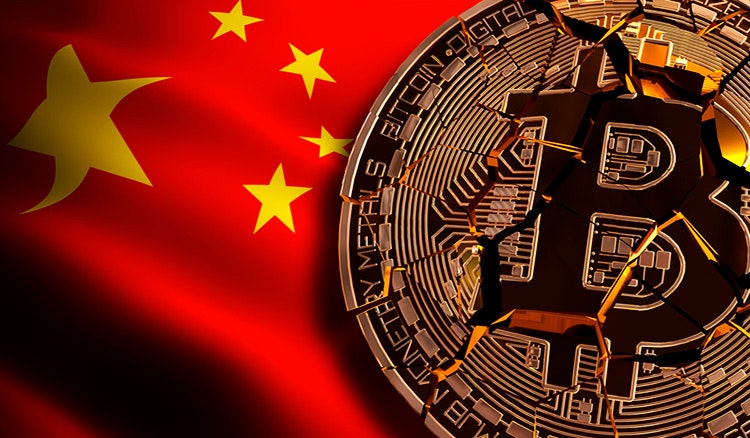 China has what would appear to be a rather hateful relationship with cryptocurrency, as the nation has continued in its efforts to crack down on the virtual currency. The country has already decided to ban and outlaw any crypto mining operations from taking place within the nation, whilst they have also ordered major banks not to do any business with any companies that specialise in cryptocurrencies. Indeed, this was a huge blow to the entire industry as China was always considered a relatively strong market and one which had always provided plenty of growth, however this is not the case anymore as the global superpower has decided they do not want anything to do with it. Naturally, China’s decision has had a huge impact on the value of crypto coins, with prices having crashed worldwide due to the news, although those prices have started to increase once again with news emerging from some of the biggest multinational conglomerates, such as Amazon and Tesla, suggesting that they could look to accept Bitcoin as a form of payment in the future.

There have been many to have speculated that the reason that China has decided to restrict and ban cryptocurrency mining from the country is down to the environmental impact the process has on the world. Of course, climate change is something the world is seriously trying to deal with, as many countries are trying to show that they are doing their bit. China could arguably have the biggest impact when it comes to crypto mining, as it had been the home to the highest number of facilities anywhere in the world, with it believed to have been host to between 65% and 75% of the world’s overall total. This would not have been great considering the entire process is energy-intensive and requires a lot of electrical power. Much of the estimated crypto mining came largely from four provinces: Xinjiang, Inner Mongolia, Sichuan and Yunnan. Sichuan and Yunnan would have been potentially great markets to remain in given they use renewable energy from the hydropower hubs, but Xinjiang and Inner Mongolia would have been a problem as they are home to a number of coal plants. Inner Mongolia province has already acted, though, as they gave crypto miners two months to leave after their inability to meet the targets set by Beijing regarding their renewable energy and emissions targets.

However, there is also an argument that environmental factors could simply be a good smokescreen for China to use, given their communist status as a superpower. A basic definition of communism is the economic ideology that advocates for a classless society in which all property and wealth are communally-owned, instead of by individuals. Cryptocurrency goes exactly against this ideology, which is why China will be instantly against it. Digital coins such as Bitcoin and Ethereum present a huge danger to the country as they are unregulated and, essentially, can not be controlled by Beijing, which could then be perceived as a danger to the country as a whole.

If there is one thing that cryptocurrency has taught anyone around the world, there is no stability attached to it at the moment and a lot of the volatility that can be suffered can be experienced by one single action that could be unforeseen. China is seriously concerned by this fact, which is one of the reasons why they have a hateful relationship with the digital coin and why they have looked to restrict it. However, it is something they are clearly interested in, as they have looked to develop their own virtual coin. The People’s Bank of China has already looked to try and introduce their own digital currency as a central bank coin, having held a number of trials in several major Chinese cities such as Shenzhen, Chengdu, Shanghai and Hangzhou. There are concerns from the west that China is looking to restart the international financial system by introducing their own e-currency, as Beijing will be able to gain more and more ability to monitor the economy and the people using it, whilst also trying to weaken the power that the US dollar holds around the world. By internationalising the Chinese yuan, the superpower believes they will be able to reduce their dependence on the global banking system, which could be a real concern for every other country in the world.

Amazon is planning to accept Bitcoin as a new payment method