Amazon is planning to accept Bitcoin as a new payment method 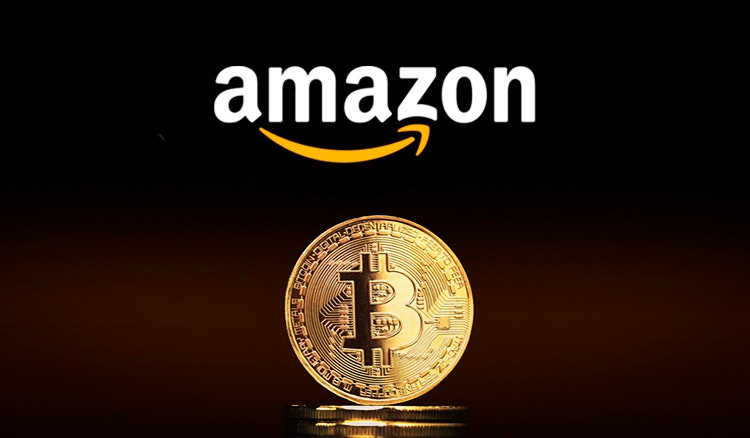 The future of Bitcoin could be about to be given a huge boost in regards to being an accepted form of currency in the most famous international companies. According to some of the latest news regarding the cryptocurrency, the world-famous token could be about to become accepted by Amazon, with rumours having started to circulate about the e-commerce firm potentially becoming more accepting of the virtual payment solution. Bitcoin has received a boost of significant proportions in regards to its value once again after Tesla CEO and crypto prices influencer Elon Musk, recently revealed that there is the potential that the vehicle manufacturer will likely accept it as a payment form for their cars; having seemingly flip-flopped about the cryptocurrency in recent months with various remarks.

However, it would seem Amazon appears welcoming to the idea of accepting the coin with their platform, as an anonymous source reported that the company is planning to accept Bitcoin payments by the end of the 2021 calendar year. It is understood that the implementation of Bitcoin as a method of payment is something the e-commerce firm is extremely keen on, with it thought to be a topic of discussion that has been well-discussed and is considered to be an integral part of the company’s future. In addition, it would seem that if Bitcoin were to prove successful for Amazon and it was to be implemented successfully, other cryptocurrencies such as Ethereum and other major coins could be accepted in the future. According to reports, it is understood that a particular decision is coming from the very top, with Jeff Bezos said to be extremely keen on the idea of having the virtual currency on board.

There are a number of indicators to suggest that Amazon is taking things very seriously about the world of cryptocurrency, with a new job post perhaps highlighting just how serious things are about to get for the multinational conglomerate. The company is currently looking for a digital currency and blockchain product head for their payments team, with an experienced product leader being desired in order to develop the company’s strategy and product roadmap. In addition, this would also be further backed up by the job posting from earlier this year that saw Amazon looking for a technical lead who was needed to help develop the company’s new “Digital and Emerging Payments” platform that they have been working on. Furthermore, there are rumours starting to circulate suggesting that Amazon could be looking to create their own virtual coin token and enter the cryptocurrency market of their own, with it being rumoured that it could happen as early as 2022.

Although it is hardly surprising given the stature of the e-commerce giants, Amazon’s rumoured interest in making Bitcoin an accepted form of payment has seen a flurry be experienced in regards to the crypto’s value. According to the information provided by the Chinese cryptocurrency media outlet, Wu Blockchain, Bitcoin had gained around 15% in less than three hours following the news, with 12% having been achieved in just one hour.

Perhaps playing a cat and mouse game, Amazon has since denied the reports that have suggested that they are looking to create a payment system that will accept Bitcoin and have stressed that they have no plans in the immediate future. Whilst the company remain interested in what the cryptocurrency industry has to offer and can provide in the future, a spokesperson has recently revealed that the e-commerce giants do not have any specific plans at the moment and stated that the rumours were false, despite failing to deny that the company are researching crypto payments and what they may bring.

Bitcoin suffers a dip in value

Naturally, that news has had an impact on the value of Bitcoin, although that does not come as a surprise considering how volatile the token has been ever since it was established. According to data, it had suffered a near-5% decrease in value in the first 24 hours of Amazon’s claims, although it was still trading way over the $36,000 level that it has managed to recently return to. It will be interesting to see what Amazon does in regards to the cryptocurrency world, but it would likely only be a matter of time before the multinational conglomerate decides to get involved and accept the various tokens that are available.

Level up in Treasure Island Adventure and collect your prizes on the way to 50,000 USDT prize pool!