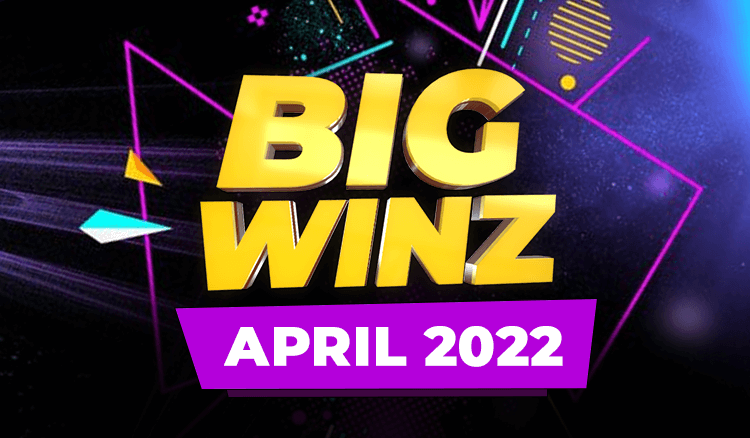 April’s edition of Winz.io’s Weekly Lucky Battle saw a host of exceptional wins continue to be achieved by players, with some rather impressive values being obtained.

Those that have followed and participated in the contest by playing their favorite slot games will know that they just need to be able to hit the largest win multiplier they can!

If they manage to do this and rank in the top 20 each week, they will then receive their share of 1,800 USDT and 500 free spins!

Let’s take a look at the success that was achieved in April and congratulate the lucky few to have been able to enjoy an exceptional month at Winz.io! 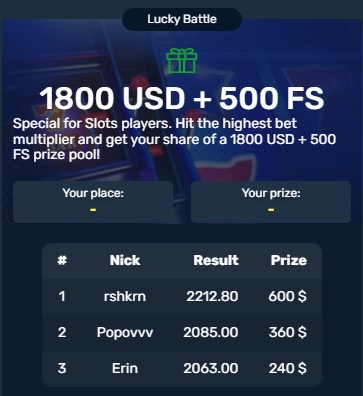 The very first major winner of the month was rshkrn as he managed to turn a 2 EUR bet into 4,425.60 EUR courtesy of an x2,212.8 multiplier when playing Relax Gaming’s Bonanza title! 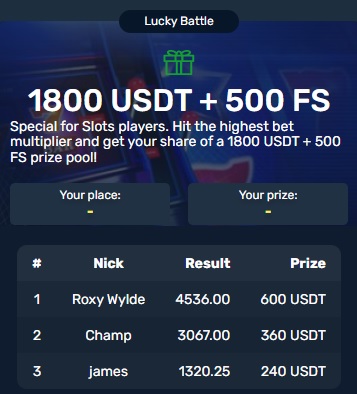 Week #2 saw Roxy Wylde take the largest share of the spoils in this Weekly Lucky Battle at Winz.io, as he managed to record a win multiplier of x4,536 when playing Nolimit City’s Infectious 5 xWays and turned 1 AUD into 4,536 AUD.

The second winner of this week was Champ who managed to enjoy a huge multiplier when enjoying Playson’s Lion Gems: Hold and Win as he saw a 1 CAD bet turn into 3,067 CAD via the use of an x3,067 multiplier! 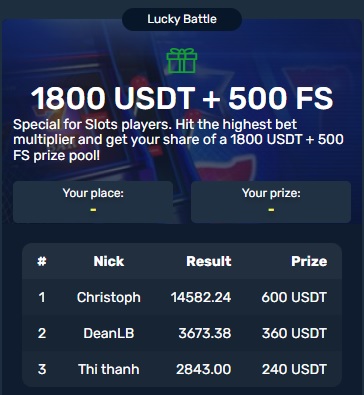 The third week in Weekly Lucky Battle continued to see a number of big wins being achieved, with Christoph taking the top spot on this occasion. He turned 0.50 EUR into 7,291.12 EUR by obtaining a win multiplier of x14,582.23 when playing Pragmatic Play’s Great Rhino Megaways!

DeanLB was some way off of claiming top spot, but they did manage to secure second after landing a win multiplier of x3,673.38 when playing Nolimit City’s Remember Gulag slot. This saw their 0.48 EUR wager return a prize of 1,763.22 EUR!

Lastly, regular on the list in the Lucky Battle Weekly challenge each month, Thi thanh enjoyed her session on Cherry Pop by Avatarux, as she saw a 2 USD bet be turned into 5,686 USD with a multiplier of x2,843! 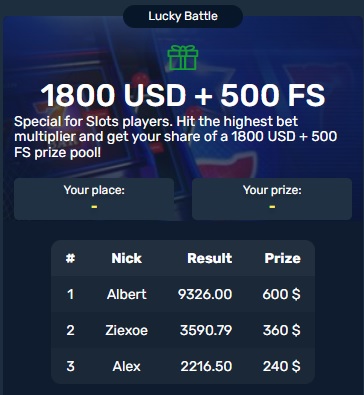 Albert was the winner of the last week of the month, as he turned 2.80 USD into 26,112.80 USD when playing Misery Mining by Nolimit City. This meant that he had received a whopping x9,326 win multiplier!

Ziexoe would have perhaps felt that he was in the running for the biggest win this week after he scored a win multiplier of x3,590.79 when playing Nolimit City’s Deadwood, however, his 0.80 USD bet returning 2,872.64 USD would have likely had him beaming anyway!

Lastly, Alex had a rewarding time in this week, as he scored third and turned his 1.50 CAD bet into 3,324.75 CAD after a win multiplier of x2,216.50 was achieved in BGaming’s Aztec Magic Megaways slot!

We wanted to take the time to share our congratulations to these players and the huge wins that they had managed to score!

Will you be able to rival them in May’s edition of the Weekly Lucky Battle competition and get your name on the board? We hope to see you on it in the next edition of this rundown!