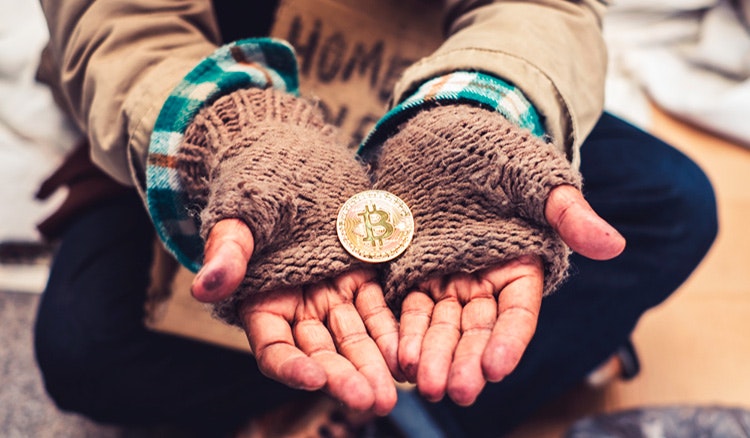 Charities are one of the business sectors to have been able to benefit from the introduction and continued growth being witnessed within cryptocurrency at the moment. There is a number of different not-for-profit charities that have been able to adapt their donation models, whereby they are now able to accept the virtual currency as a type of donation, which has in turn seen a rise of crypto charities having been formed, as well to try and help make an even bigger difference where possible.

Indeed, one of the biggest to have made movements within that particular niche sector is Elongate; a crypto coin that had actually started as a parody to Elon Musk and his famous “Watergate” scandal. The company is one of the biggest in the field of crypto charities at the moment, as they have made a number of significant donations to various charities in order for them to be able to continue to do the work that they need to do in order to try and improve the lives of those impacted. For instance, recent reports have highlighted that Elongate has managed to raise over $2 million for various food and general support projects all around the world via the Human Relief Foundation and Give India. Elongate has been highly successful already, whilst it has already shown that there is plenty of promise for crypto charities to be an instant success in raising much-needed funds for vital projects. The likes of Children International, Action Against Hunger, The Ocean Cleanup, Big Green, Human Relief Foundation and Give India – as well as many, many others – have each contributed to what the virtual currency firm is trying to do.

Despite being a rather new company and one that has only been running a handful of months, Elongate has raised millions for those worthy causes and it would appear the cryptocurrency token organisation are heading for an exciting time in their history as they continue to look to do what their Twitter bio says they will: “Defying the status quo. Revolutionizing social impact”. The token, which is available and built on the Binance Smart Chain, is set to have a rather interesting few months, with the company has already announced a number of exciting updates that are set to happen. Just last month, Elongate announced that they had a number of upcoming projects that included the launch of a new website, launching a range of merchandise that would be available to buy, an exchange platform that can be used, an app that can be downloaded and used, whilst also looking to cash-in on the ever-emerging NFT market that continues to go through its own boom.

Everyone benefits from using Elongate

One of the biggest positives about Elongate is that the token’s ecosystem will allow for 80% of the proceeds made will go directly to the charity. Furthermore, due to the ecosystem that has been implemented, anyone who is a holder of the token will also be rewarded with a percentage of every transaction that is made with the coin, including when large donations to a charity are made. This means that each time a purchase or a sale occurs, everyone who is holding the cryptocurrency will be able to receive a portion of the transaction fee that has occurred.

Other Crypto Charities are emerging

Whilst the idea is still a relatively new one, there is plenty of interest in it as there are other companies that are already having some success as a crypto charity, as well. If anything, Elongate’s success with the innovative token will have only opened up the door for others to join in. Although a completely unrelated project, Munch is a project that has already been able to raise over $1 million in aid for a number of different causes in developing nations via the GiveWell Maximum Impact Fund. This charity program has been able to raise millions and millions to try and beat a number of diseases across Africa. The Munch project, which is a DeFi project, has been able to raise funds in a different way to Elongate, though, as they acquire them via Ether transaction fees that occur on their platform. These transaction fees are made via sales and purchases by holders and are around 10%. However, this figure will then be evenly distributed to their token holders, as well as the charity.

Expect more crypto charities to appear in the future

With the number of successful projects such as the likes of Elongate and Munch has had already in the space of a few months, it would be wrong not to assume that there will be a huge shift within this niche area of cryptocurrency and one that will become rather prominent in the near future. There are many within the virtual currency community who are looking to make a difference and are keen to be able to help out charities and good causes that require aid in order to be able to achieve the goals and aims that they have set.

Level up in Treasure Island Adventure and collect your prizes on the way to 50,000 USDT prize pool!