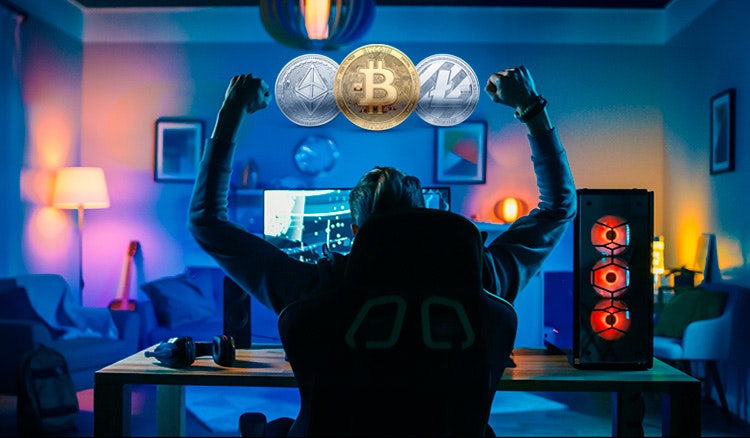 One of the growing trends that came out of 2020, in terms of entertainment and technology, was the increased popularity of esports. We saw most major sports tournaments and leagues were canceled or went online last year, and this, combined with the fact that most of the world was under some sort of lockdown to cope with the pandemic, meant that people were looking for alternative ways to stay entertained while at home, and esports proved to be one of the more popular pursuits. Esports viewership went up by a considerable amount during this time, and even after live sports has returned, the numbers have not dropped off too much, meaning that esports remains a realistic option for fans to watch and enjoy in 2021 as well. At the same time, there are a lot of innovations coming in this sector, and the increased use of cryptocurrencies and blockchain is one of them.

The esports industry has already proved itself as one of the largest entertainment sectors in the world, with the value of the global esports market likely to hit $1.79 billion by 2022. The number of viewers is likely to top 700 million by the same time, showing just how big a market it has become, and thus the potential benefits for those who associate with it. At the same time, there are still significant problems for esports companies to deal with. For example, players still get a relatively small share of revenues, while investment is also difficult. Content is still almost exclusively on streaming platforms such as YouTube and Twitch, and there is a need for broadcasters to get involved for a critical mass of viewership to be reached. It is here that blockchain can actually help in a number of ways.

A platform built on blockchain can help bring various stakeholders, such as players, developers, sponsors, investors, media and fans, among others, under one roof, which will allow them to connect and collaborate better. This can also be used to manage the flow and division of money in a much better way to each stakeholder. At the same time, the inherent characteristics of blockchain can also help improve the prospects for esports. Blockchain is extremely transparent and reliable, which will improve the confidence in the platform for newbies to the esports scene. Blockchain networks are also extremely secure, which will help cut down on piracy to a huge extent, and allow game developers to safeguard their work. Smart contracts can also help with payments to teams and players for esports tournaments, as well as with sponsorships and other monetary obligations. Lastly, blockchain networks will help reduce the cost of maintaining databases, while improving their efficiency.

Cryptocurrencies can have a similar impact on the esports industry as well. One of the ways in which it is already influencing this space is through crypto fan tokens. These are basically digital collectibles, which fans can purchase to then gain exclusive perks and access to features. We are already seeing esports teams utilise this to offer fans the chance to vote on which banners should be used in competitions, for example, or have early access to merchandise, or even get the chance to meet and compete against their favorite gamers. Along with the benefits that the tokens bring, they themselves can also rise in value, providing a further incentive for fans. Cryptocurrencies can also help teams and organizations improve their payments systems, by offering secure payment options, whether the transaction is on a mobile app or on websites. These transactions are incredibly difficult to tamper with, and they are rapid, making them convenient as well as safe.

Blockchain and crypto have many other advantages to bring to esports platforms, including the reduction of fraud and cheating by participants, improving revenue generation, allowing better loyalty and incentive programs to be put in place for fans, and helping create and facilitate better systems for in-game trading of items and collectibles. All in all, the crypto and blockchain sectors can help improve various aspects of the esports experience for every stakeholder, and thus we should expect to see them have a greater influence as time passes.

The best new crypto slots to play in 2021