Who is this Vitalik Buterin that everyone is talking about? 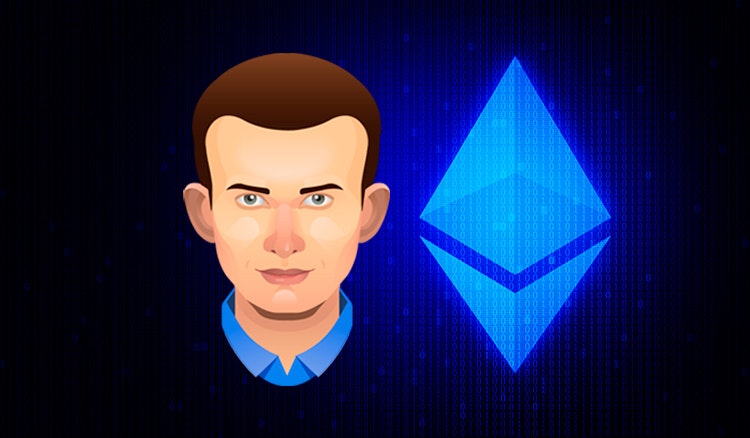 Amid the ongoing hype and demand for cryptocurrencies across the world, Ethereum has been one of the most successful of these crypto tokens since the beginning of 2020. This token, which was first launched in 2015, has become the second-largest cryptocurrency in the world, second only to Bitcoin, and there are many analysts and observers who are of the opinion that Ether could eventually overtake Bitcoin as the world’s biggest cryptocurrency. This is due to the Ether blockchain, which has many applications and uses, and is already being adopted by businesses all over the world. Thus, it is no surprise that the price of Ether has seen a huge rise in the last 15 months or so, and this has made its co-founder, 27-year-old Russian-Canadian Vitalik Buterin, the world’s youngest ex-billionaire.

Buterin is a prodigy in the world of cryptocurrencies, having been involved in the community since 2014, when he would write articles for the Bitcoin magazine. He was born in 1994 in Kolomna, Moscow Oblast, Russia, after which he moved to Canada with his parents aged six, as they looked for better employment opportunities. He was recognized as a gifted child at an early age, being placed in a program for gifted students when in third grade in a Canadian primary school. He had a natural bent for mathematics and programming, as well as an interest in economics, and this would later be the bedrock upon which he would become an icon in the crypto community. Buterin attended the private Aberald School in Toronto during his high school years, where he developed a hunger towards learning, making that his goal for life.

It is quite interesting to note how the idea of Ethereum or cryptocurrencies first came to Buterin. The story goes that he was playing World of Warcraft, his favorite online game, at the age of 13, when he suddenly saw that his in-game character had some characteristics and properties changed due to an update by Blizzard, the game’s developer. Buterin was extremely sad and disappointed, and this experience brought him to the realization that centralized services and products, which have one controlling body dictating rules, regulations and therefore experiences for all users, need to be replaced with decentralized options. Buterin first heard about cryptocurrencies from his father in 2013, and was naturally attracted towards this concept due to its decentralized nature. He began by researching Bitcoin, and understanding the technology behind this cryptocurrency, while he also began to form networks and connections in the wider crypto community through his research. Since he did not have the computing power to mine Bitcoin, nor the money to buy them, he began writing articles for a blog, which paid him around five Bitcoin tokens per article. His work and writing attracted the attention of Mihai Alisie, a Romanian Bitcoin enthusiast, with the two beginning to correspond. This led to Butern co-founding Bitcoin magazine, where he became the head writer while also working as a part-time research assistant to the cryptographer Ian Goldberg while studying at the University of Waterloo.

Thus, we can see how Buterin’s interest in this world was sparked at a very early age, and his understanding of Bitcoin’s flaws led him to launch Ethereum in 2015, having authored a white paper on this topic in 2013. Buterin also received a grant of $100,000 from the Thiel Fellowship in January 2014, around the time that the Ethereum project was publicly launched, and this allowed him to focus full-time on developing and creating this cryptocurrency.

Of course, today, Buterin is one of the most well-known personalities in the crypto industry, and it is quite heartwarming to see that he has been using his fame and wealth to help others. Buterin recently received a large quantity of Shiba Inu tokens from the coin’s creators, and he proceeded to donate a large portion of those coins to the Covid India Crypto Relief Fund, along with Ethereum tokens as well as other Dogecoin-inspired tokens that have done well recently on the back of Dogecoin’s rally. In total, his donation was worth around $1 billion, which is an incredibly significant amount as it will help purchase medical supplies, oxygen and other necessities to help combat the second wave of the pandemic in India, which is currently facing a horrific resurgence of the virus.

Buterin’s influence has therefore gone beyond just the crypto community, and his philanthropic efforts have been recognized as being one of the largest individual efforts in history.

Buy crypto for gambling with Paxful