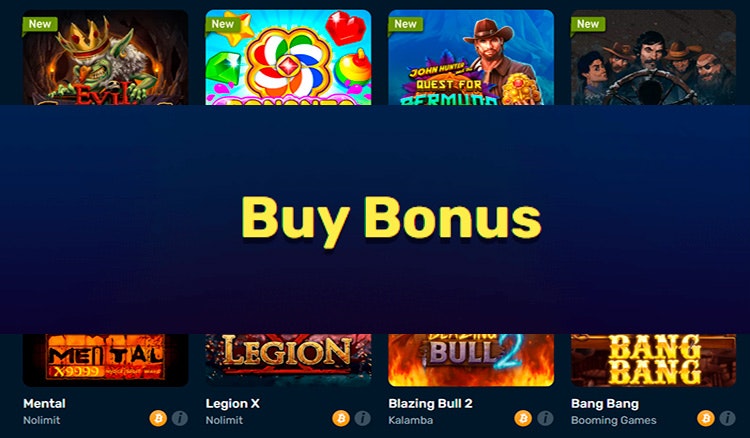 Slot game developers have worked hard over the years to try and be as innovative as they possibly can in order to stand out in a heavily saturated market whilst also keeping players as interested as possible in their products.

We know of a number of different features to have been implemented in the past to have worked well to ensure that video slots remain amongst the most popular types of games available to play, but 2017 arguably saw one of the biggest innovations to happen that have made some of these games simply too hard to miss out on!

What are Bonus Buy slots?

A Bonus Buy slot is a game whereby players are provided the ability to trigger the bonus features within the game immediately at any time they wish, although they typically come at a relatively high cost.

Naturally, when playing a game in the traditional fashion, we all know that it can be rather hard to trigger the bonuses that are involved – such as free spins – in a normal and organic way. Indeed, players could play for a period of time without being successful in triggering the bonus.

However, the Bonus Buy feature – which has been trademarked by Big Time Gaming – has changed that for everyone ever since it was introduced in 2017, with the White Rabbit slot being the first to offer it. As mentioned, players are now able to trigger the special feature whenever they want, including at the very beginning of a gaming session.

Although this feature typically comes at a cost which will normally be a rather high multiple of the bet amount, players are able to collect items in certain games which can help to reduce the cost or even make the feature free to use!

A range of games adopt the Bonus Buy feature

As highlighted earlier, there are a number of different developers who have decided to implement this particular feature into their game titles, as they were able to obtain the rights to the license and incorporate them within their own titles.

It is important to note that the video slots that feature this bonus are typically very similar to any ordinary slot game, too, therefore players do not need to be worried about whether they need to learn how to play a new game!

Why do so many players look to play Bonus Buy slots?

Whilst there might be a rather steep cost that is incurred to trigger the feature, there are a number of reasons available that help to highlight why so many casino players continue to make the most of the feature when they are able to.

Indeed, it has been argued that there are three main reasons available, with players able to instantly access the feature game, increase their chance of winning as well as improving the return to rate (RTP) that is on offer.

Of course, as mentioned throughout this post, the most significant reason and the sole reason that the Buy Bonus feature has been created and provided to players is that it gives them immediate access to the special game that has been included, such as a free spins round.

As we all know, triggering the special bonus can be something that can be rather difficult to do at times, and there are many times when a gaming session takes place and this feature is not activated. The Bonus Buy mechanic will allow players to trigger it whenever they want and provide them with immediate access to the special game that has been added.

The chance of winning is improved

One of the advantages of triggering the Bonus Buy feature is that players will see their chances of winning be increased, although it is important that winning is far from guaranteed.

Players who trigger the bonus feature will be able to instantly go for the biggest prizes that the game has to offer without having to try and activate it in a traditional manner, whilst there are a number of slots that will provide some rather exceptional payouts once that round has been triggered.

An increase in the Return to Player rate

There are a number of Bonus Buy slots that will feature a different RTP rate that can be obtained when the special feature has been activated, meaning players will have a greater theoretical chance of winning. This is an immediate lure for many, which is why lots of players continue to decide to use the feature.