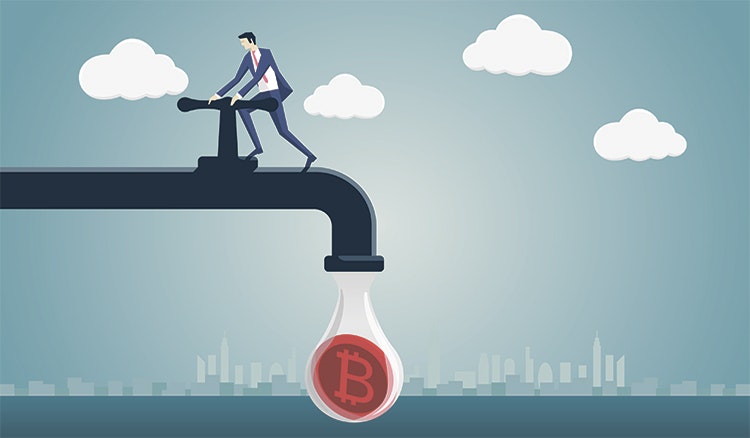 Bitcoin faucets is a phrase that many within the cryptocurrency world may already know about, however, those who are not quite familiar with the term may struggle to understand what it means when they first discover it and what it implies and can provide.

This post will explain everything that is needed to be known about crypto faucets, how they work and what should be looked out for when considering whether to use one when looking to invest in crypto.

Definition of a Bitcoin faucet

A Bitcoin faucet, which can also often be known as simply a crypto faucet, is a mobile application or a website that can provide users with a small amount of cryptocurrency for performing some simple tasks as a reward for payment.

For instance, many of the simple tasks that can be completed can include things such as watching a video, answering surveys and clicking on certain links. Typically, these are tasks that not many will enjoy doing, however, they will be rewarded for taking the time to complete them.

It is important to realize that crypto faucets are not a way to get rich quickly, as the term faucet relates to the droplets of the rewards being distributed, similarly to a tap that is leaking water at a small rate. The easier the task, traditionally the lower the reward, whilst it is important to recognize where the crypto is going in order to be able to acquire it.

Additionally, there can be a minimum payout required for some of these tools, with users only able to withdraw the rewards once they have earned a certain amount. This could be over an undefined period of time, thus making it a potentially lengthy process.

Crypto faucets were created for a number of reasons

There are a number of different reasons why crypto faucets were created originally, with each of them likely to have been designed to help spread the word of cryptocurrency when it was first introduced into the world.

Indeed, one potential reason why these tools were created was to initially spread the word about Bitcoin. Of course, the crypto needs no introduction now as it is widely known throughout the world and has continued to gain popularity as it continues to show its value in the market but that was not always the case when it was created by Satoshi Nakamoto.

The Japanese inventor will not have been able to predict where his creation would have gotten to, although it may have been helped by the actions of senior Bitcoin developer, Gavin Andresen, as he developed crypto faucets to help spread awareness. This program would distribute five Bitcoins for every task at the time!

In addition, as Bitcoin and crypto was still an emerging market at the time, there was limited availability of crypto exchanges. This meant getting a hold of crypto was incredibly tough, therefore crypto faucets provided people with the chance to get their hands on it in an easier way and for free. Furthermore, there is reason to believe that a Bitcoin faucet has proven to be educational as well, as it has helped individuals to learn all about digital currency and what it can potentially do for them in the future.

What should be considered before choosing a Bitcoin faucet?

There is a lot that needs to be considered when thinking about choosing a Bitcoin faucet, especially as there are a large number of them available and each one will provide something different. In order to make the right choice, the requirements and needs that the individual has a need to be considered strongly.

For example, the timing of the crypto faucet can be an important factor for some, as some of these tools have quicker refresh times than others. The claim amount is another factor that should be thought of, as some will offer slightly more as a reward for completing the same tasks at another, although the difference in reward may only be minimal.

Other factors that need to be considered all feature financial elements, such as the minimum withdrawal amount and the way in which it can be withdrawn, as not each of them will provide the same methods or the same limits. In addition, there is a referral fee that can be provided by some which means users can acquire a bonus for successfully getting friends and family to sign up and join them at the same crypto faucet.