Top 5 reasons why blockchain games are on the rise 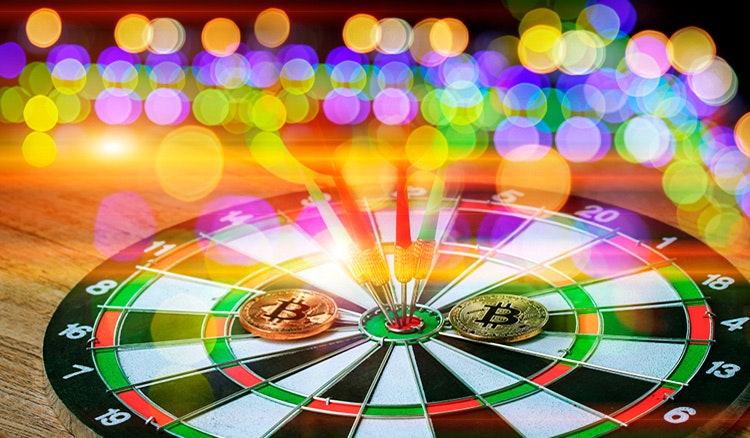 With the gaming and gambling industries being as technologically advanced and innovative as any other industry, it does not come as a surprise to learn that the cryptocurrency sector is one that is also benefiting from it as gamers continue to use the digital tokens to play crypto games. Of course, these industries are worth a huge sum of money, with both equating to billions of US dollars, so it only seems to be a natural progress that the sectors would become intertwined with each other at some point. Both sectors provide a number of opportunities and plenty of growth potential, which will immediately make them as appealing and attractive as other industries, with the ceiling for each of them appearing to be limitless. This is evident as there have been a number of blockchain games to have been provided to the market, which has proven to be a rather popular move for gamers already. Unsurprisingly, there are a number of reasons why gamers have decided to embrace blockchain games, with a large number of them providing a couple of great benefits that traditional games are simply unable to offer them.

One of the biggest benefits that any cryptocurrency holder will know about is the ability to make faster transactions than they would when using a traditional fiat currency. Payments will typically be processed a lot faster than those made via standard money forms, whilst they can also be more cost-effective as the fees will often be lower as well. As crypto is decentralized and does not have any borders, players from anywhere in the world are able to make instant deposits and incur a very small fee as financial institutions such as banks are not required to process them, which can also be rather timely.

Regulations can be a bit of a pain at times when it comes down to making certain financial transactions, but those using crypto will be able to bypass it as the virtual tokens are autonomous and decentralized. With this in mind, it means gamblers from all around the world will be able to access blockchain games without having to fear government restrictions and regulations, as the use of crypto means that they are not under their jurisdiction.

Developers also have the freedom

It is not just gamers who are able to enjoy a number of different freedoms when cryptocurrency and blockchain games are involved. Due to the decentralized nature that the industry provides, the developers of the games are also able to get as creative as they wish without having to suffer from the red tape that has been provided by government restrictions. In fact, gamers can also benefit from the fact that developers have even more freedom as they will be able to enjoy the games that they want, whilst also potentially being able to have an input in what is developed in the future as gamers will be able to put their ideas across and potentially be listened to, whereas traditional gaming is unlikely to make huge changes.

In-game items could be sold to other gamers

Gamers who play blockchain titles available on the platform clearly have a lot more freedom than other games, which could mean they could look to sell the items that they have managed to acquire. Titles that are made within the centralized gaming sphere will restrict this because of the way they are created, but with a decentralization model in place for blockchain titles, restrictions simply do not apply. Players will also have more control over the prices that have been set, which could then provide them with a reasonable gaming experience that is not too costly.

Perhaps one of the biggest reasons why blockchain gaming has become incredibly popular for gamers all around the world is because of the improvements in security that they offer their players compared to traditional games. Online fraud can be rather prolific within the gaming industry, but this would be extremely hard to do when blockchain is being used, as the smart contracts that can be found on the platform work hard to eliminate these occurrences, thus saving everyone involved a lot of money whilst also adding transparency about what is happening.

Although there is perhaps still a way to go in regards to making blockchain gaming mainstream, it is still incredibly popular amongst gamers at the moment and the sector looks to have a rather exciting future ahead that has plenty of potential. There are a number of benefits to this way of gaming and with each of them helping to improve the overall experience, it would not be a surprise to see it boom in the very near future.

Fact or Fiction: Learn the myths and truths about crypto online casinos