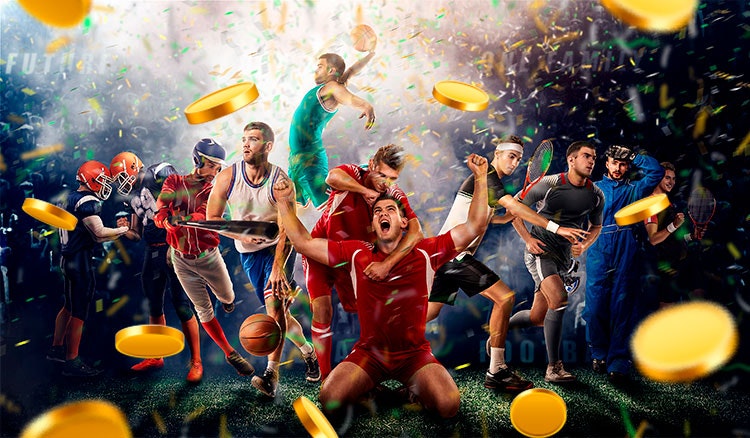 This year has been a difficult one for everyone across the world, but there are some who may have suffered more than others. Of course, the health and hygiene of people are paramount, but even those who have managed to stay safe have had to deal with many other problems. Sports fans were perhaps the most unhappy of all when most of the world went into lockdown earlier this year, as that meant that their favourite sporting events also had to be put on hold. This deprived them of a big source of entertainment while they were at home. However, this also led to a number of alternatives cropping up, including casino games based on sports. With casinos also having to shut down, many online casino operators switched to offering sports-themed games to draw in new fans, and that seems to have worked, as they proved to be quite popular. Therefore, here are some of the best sports-based games for you to play at the online casino Winz.

This slot game is inspired by one of the biggest and most popular football tournaments in the world, the Champions League. Developed by NetEnt, it allows players to get away from the somewhat bloated real-life tournament, which can be a little boring till the knockout rounds start, and dive straight into the action with high stakes and energy.

This game from Microgaming is one of the highest-rated football slot games. It has the standard five reels and 243 paylines we usually see in Microgaming’s offerings, but with the added bonus of the football theme to attract football fans. The game is set in a packed stadium, with classic symbols such as footballs, referees, players and boots on the reels. It also has a World Cup theme, which can help players get in the mood for the 2022 World Cup.

Another football-based offering from NetEnt, Super Striker actually combines betting and online casino gameplay. The game has a bet slip, allowing players to place wagers on what will happen during each spin, which adds an exciting element to the game, and is reminiscent of football betting during matches.

Moving away from football, Super Sumo is based on the ancient Japanese sport of sumo wrestling. It has various different sumo wrestlers as cartoon characters on the reels and is a great way to enjoy a slightly obscure sport through a fun casino slot game.

This game is based on hockey, which saw a huge spike in popularity in the USA from the 1990s onwards. It has a 5×5 reel, which is quite unique for online slots, and the payout can be as high as 3,200x of your stake, so it can turn into a very attractive game for players if their luck is in.

Microgaming has even taken a leap into the world of cricket, which is not a hugely popular sport worldwide, but within a handful of countries such as England, India, Australia and Pakistan, to name a few. Nevertheless, cricket is followed with religious zeal in these countries, and therefore a cricket-themed slot game would be quite popular. This game too has five reels, with some famous cricket players featured as the game symbols. It has 243 paylines, and bonus rounds and features to keep players interested and in with a chance of winning big.

This is a unique game in that it is based on greyhound racing. It has a huge potential payout of 15,000x of the stake, while there is a free spins feature which also activates the Winner’s Wheel, where all the free spin wins can be multiplied by up to 15x, if you are lucky enough.

2020 was an encouraging year for the online casino industry