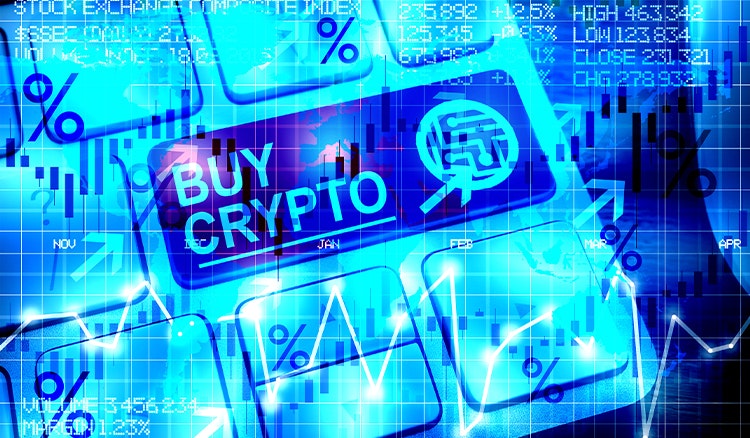 The volatility that we have come to associate with the cryptocurrency market has been on full display over the last couple of months, as the market saw a sharp fall after months of just going in one direction. Bitcoin, for example, is down 50% from where it was as recently as the beginning of May, and this is the case for most other cryptocurrency tokens. While this has caused quite a bit of concern, the overall sentiment is still quite positive, and there are quite a few interesting and potentially rewarding investment options that crypto traders and investors should consider. This is true for both experienced and new traders in the market, and so, here we will take a look at some of the best cryptocurrencies to consider putting money into in the month of June 2021.

Matic has already seen gains of over 900% just in 2021 alone, and it is being called the next Ethereum in the crypto space. Growth has been quite steady, and the company received quite a boost through an announcement by Mark Cuban, the owner of the Dallas Mavericks, that he was looking to invest in the company.

There are some new features that are on their way for the Cardano blockchain, with the ‘Alonzo’ hard fork coming up that will potentially allow smart contracts to function effectively and easily on the platform. These developments are a big reason behind the recent bullishness for Cardano, which has seen its price increase by 10% over just one weekend, and it has already surpassed Tether in terms of user base.

A recent lawsuit against Ripple, brought by the US Securities and Exchange Commission, resulted in a win for the company after the SEC was denied permission to access private documents related to the legal status of Ripple Labs. This was a big win, not just for the company but for the overall crypto market, as this signalled that crypto can give users privacy and take control away from the traditional power centres. Ripple is also preparing to go public with an IPO, which would make it the second biggest company in the crypto space to do so, following Coinbase’s successful listing a few months ago.

Binance Coin is a utility token, which basically means that its value increases when trading volumes on the Binance platform increase. Back in April, Binance Coin was temporarily the third-largest cryptocurrency based on market cap, after rising by more than 300%, and while the coin is at around $360 at the moment, many experts are predicting that it will cross the $380 mark this month.

Polkadot is one of the newer cryptocurrencies on the market, with its USP being the ability to host a platform that can support a vast variety of projects. The technology underpinning it bridges the gap between blockchain networks, allowing them to pass information in a much more efficient manner. It is still volatile, which is understandable given how new it is, while many trading analysts expect it to reach a price of at least $47 by October 2021 (it is currently around $23).

Maker is one of the cryptocurrencies that is trying to become a dominant player in the market, akin to Bitcoin, and it has seen a lot of growth in a short span of time, rising by as much as 65% in the space of a few days. Maker is the governance token of the MakerDAO and the Maker Protocol, and one of the factors behind its growth was an announcement in May to make the community completely decentralized.

Kusama has the same team behind it as the one that created Polkadot, and the two projects are actually related. The token has regained some of its value following a dip, rising by 33% to reach $587 from a low of $438, and the overall sentiment behind both Kusama and Polkadot is extremely optimistic.

Monero is a token that is focused on privacy, and it recently experienced a 20% surge in the space of just 24 hours, which was welcome, as it had fallen by nearly 50% earlier in the month. This surge came after a warning by the Australian Tax Office that it can view transaction data from crypto trading exchanges, which increases Monero’s appeal as a privacy-focused token.