Study finds women still do not invest in crypto enough 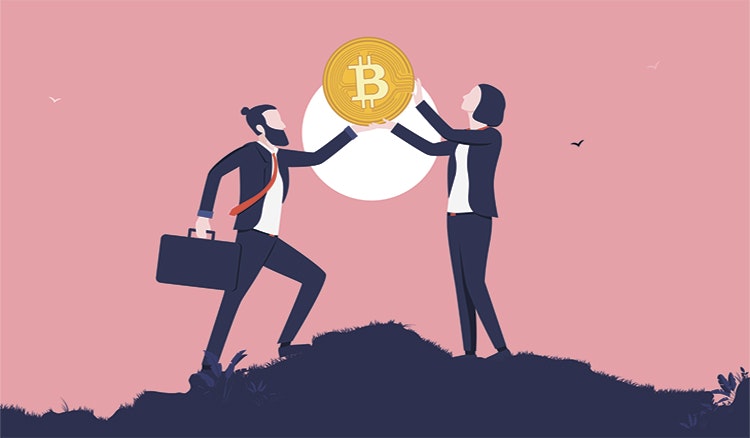 It has been found that the cryptocurrency industry is still relatively male-dominated at the moment, as a study has revealed that women do not invest in it. A survey that had been conducted for CNBC and Acorns by Momentive between August 4-9, 2021, showed that almost 3,000 (2,980) of the 5,530 adults surveyed in the U.S. had investments in stocks, bonds, mutual funds, ETFs, or cryptocurrency, but when looked at in regards to demographics, it became clear that most of the respondents were male.

Crypto was supposed to encourage growth

Indeed, it perhaps does not come as a surprise to many who have an understanding of the financial industry, as the sector has suffered from gender disparity for several years already, however, there are some that will have believed that the emergence of crypto would have had an impact and started to change things. The coins that are possible to be held were ultimately designed to give everyone a measure of equality and independence, regardless of race or gender or any other way a person can be identified. This is because cryptocurrency is designed to be open to anybody and can be used by anybody within an instant of acquiring it (Read also The 5 biggest companies investing in Bitcoin). There are not any background checks, which will have certainly appealed to many who may not have any financial history or credit scores to fall on, but figures will suggest that there is still a long way to go in getting women involved.

Figures suggest that only 1 in 10 people who currently live in the United States invest in cryptocurrency (11%) and it has had an impact on other key demographics, but females still do not appear to be interested in it. For instance, crypto has a higher participation rate amongst young adults aged between 18 and 34 years old, as approximately 15% hold a coin, whereas just 11% and 4% of 34 to 64 and 65+ respectively hold a token.

Furthermore, there are disparities amongst people of all races, which could also have had an impact on the number of females who invest. 11% of whites and blacks are said to be likely to own crypto, whilst 10% of Hispanics, 14% of Asians and 13% of other races, thus showing that the virtual currency has been able to make inroads in certain areas. The survey highlighted that financial services, such as investing, have been notorious for their exclusion throughout the history of women and people of color, which is something that crypto may have had the potential to make a thing of the past but has yet to manage to.

Black women could be the toughest demographic to crack

Despite the advancements in gender equality, it has been claimed that discriminatory practices still remain throughout the industry today, which is why females may have been slower to adopt crypto. The survey provided some pretty concerning statistics in regards to the situation at the moment, with black women being the demographic that is worse off compared to any other in regards to almost every single metric possible; whether that be owning real estate, a bank account, or even student debt.

Of course, as they may feel that they do not have any access to some of the more traditional financial institutes such as bank accounts, then it has likely had an impact on the slow adoption rate of crypto amongst women. Whilst 28% of all women have revealed that nobody has ever taught them about investing and how it is done, black and Hispanic women still have the lowest rates when compared to their white female counterparts.

Cryptocurrency is still largely dominated by a white market, as it has been found more than six in 10 crypto investors are of a white background (62%), with 67% of those being men and 66% of those being under the age of 45. When taking into account race and gender together, the cryptocurrency industry looks even worse in regards to the figures that have been provided by the survey. Just 19% of industry investors are white women, whilst only 4% are black women. There have to be some rather big concerns regarding what will happen in the future and if the industry wants more females to participate, as history appears to be repeating itself as the same story to have happened within the investment industry has started once again.