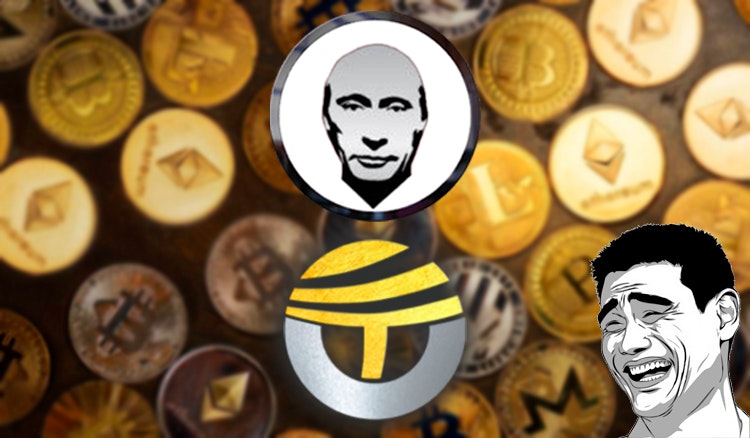 Given that the cryptocurrency industry has continued to boom and go from strength to strength since it has emerged (especially over the last 12 months), there have been a number of different alternative coins that have become available. There are a number of different Bitcoin alternatives that have been provided to the market, although not all of them will have been designed to have been effective as some of them were initially created as jokes or as fun alternatives without the seriousness that some of the more established tokens already hold.

Here are just some of the most unusual cryptocurrencies that are currently available to hold at the moment, with some becoming as famous and mainstream as some of those that have managed to build a huge reputation within the industry.

There is no doubt that one of the most unusual cryptos to have been created is the Dogecoin, which has also managed to become incredibly successful in recent times. Initially created as a joke in 2013 when it was launched by D. Palmer and B. Marcus, there is no way they could have imagined that it would have become as popular as it has in 2021, although the exposure it received by Elon Musk will certainly have helped with its meteoric rise in the industry (Read also Elon Musk and his influence on the crypto market). DOGE, as it is known, was based on Litecoin and also managed to take a picture of the funny-looking Shiba Inu dog that had become a popular meme on the internet at the time.

It is quite easy to see that this coin was created by Russians, as it has taken its source of inspiration from Russian state leader, Vladimir Putin. The developers at the time of its creation stated that it had been created to pay tribute to the people, the economic success and the president of one of the largest and greatest countries in the world. PUTinCoin was initially created to help develop the Russian economy and help make payments between counterparties, however, it does not appear to have taken off as much as many would have expected or hoped that it would. Nonetheless, it could still be considered popular as there are thought to be over 1.2 billion coins in circulation, although they only have a low value at the moment.

Perhaps one of the most unusual coins to have ever been created, Garlicoin was introduced on Christmas Day of 2017 and was launched to try and revolutionize the memcoin world that has since taken the crypto market by storm. Of course, this coin was born as a joke from a bunch of Reddit users as a response to Dogecoin, although it does operate in the same way. However, the coin – which may appeal to crypto lovers who like a bit of garlic with their meals – appears to have been rather successful as nearly 65 million coins are said to be in circulation, with only 69 million having been planned to make available. The coin already has a large market cap, and this could be down to the fact that transactions are fast, cheap and secure.

Well, if there is a coin that has been dedicated to Putin, then it should not come as a surprise that there is one that had been created to honor Donald Trump. Of course, this was another unusual crypto that had been created as a joke, but one that had managed to attract attention; perhaps because of the timing of events. The coin had been released in February 2016, which was a few months just before he became the Republican candidate in the U.S. Presidential election (which he would go on to win). However, with 5.5 years passing and the fact that he is no longer the U.S. President, it should not come as a surprise that TumpCoin has not managed to perform that much better over the time period than a bad joke may have been expected to.