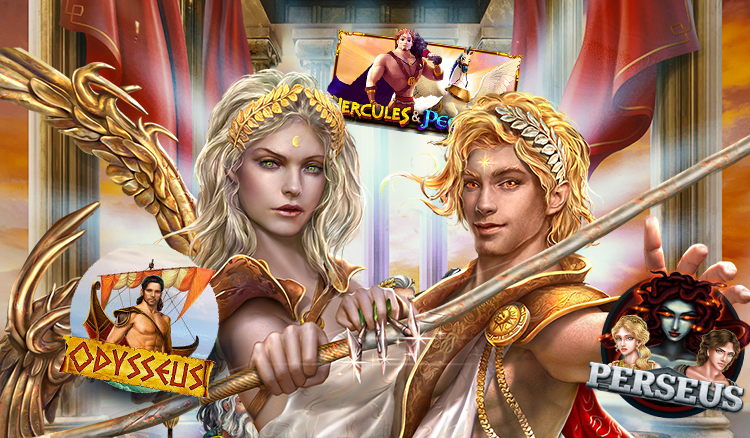 Legendary heroes and heroines from myths and stories have always attracted a lot of attention, and there has been a need to include them in many activities. Online slots and gambling have long used these characters as themes around their games, so let us look at some of the most popular ancient heroes who are a huge draw for online slot companies.

Perseus’ claim to fame in Greek mythology is as the founder of Mycenae, and the slayer of Medusa. His story, like most other Greek myths, is hugely interesting. A prophecy had warned his grandfather, King Acrisius, that his daughter’s son would kill him. Acrisius hereby tried to prevent his from happening, by locking his daughter in a bronze room, so that she could never get pregnant and thus give birth to a son. However, Zeus had other ideas. He transformed himself into a shower of golden rain, and was able to impregnate Danae. She was then put to the sea in a wooden chest, intended to be drowned, but Zeus asked Poseidon to calm the waves, and so Danae landed on the shore and gave birth to Perseus. He would then go on to save Andromeda and kill Medusa by using a reflective shield. This amazing story is thus featured in a number of online slot games.

The quest of Jason for the Golden Fleece was brought to the big screen back in 1963 with the cult movie Jason and the Argonauts. It is a story that starts with deception, infidelity, and a lot more interesting events. Jason must find the Golden Fleece if he is to become king, so he assembles a crew and sets off on the Argo, battling Cyclops, Harpies, Sirens, and many more. Thus, one can see how this provides a lot of material for game developers.

Odysseus is one of those rare Greek heroes who was born of mortal parents, although he enjoyed the protection of the goddess Athena. He shows up in various stories, most famously being the one who tricked the Trojans into accepting the Trojan horse. He is the central character of Homer’s Iliad and Odyssey, and his adventures while traveling back home, where he fought cyclops and sirens and fathered children with Calypso, provide a rich source of material for themed slot games.

He is probably the most famous of the Greek heroes, and a number of movie stars, including Ryan Gosling, Dwayne Johnson, Arnold Schwarzenegger, and Lou Ferrigno have portrayed him. He is a metaphor for someone who is strong and mighty, and so it is no surprise that there are a huge number of online slots based on him.

Top casino gadgets for gamblers to try out at casinos