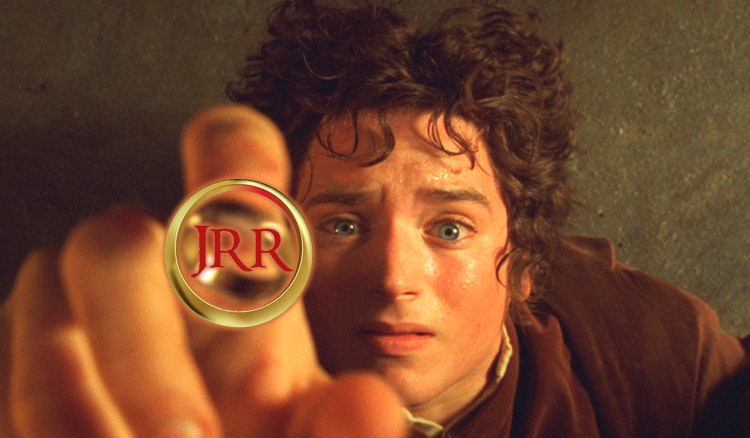 Lord of the Rings movie fans now have a chance to get their hands on their own altcoin called Token. Indeed, those that have been aware of the cryptocurrency world will have been aware that there are a number of different coins available to obtain, but this one will certainly appeal to those that have an interest in John Ronald Reuel Tolkien or any of the works that he produced when he was alive. The new crypto token has been released with a clip promoting the JRR Token called by its creators “The One Token That Rules Them All.”

However, questions are likely to come up regarding what actually is the JRR Token token, what can it be used for, how does it work and whether it should be bought or not to invest and the answers to those questions can be complex. Nonetheless, before getting involved with the new altcoin and what it is all about, the JRR Tolkien estate has been extremely active in regards to protecting their intellectual property over the years and with coin channeling themes from the Lord of the Rings, there have been numerous lawsuits and it would, unfortunately, not be a surprise if another one was on the horizon following the JRR Tolkien’s emergence.

What is the JRR Token?

Simply known as the JRR Token, this altcoin is one of the latest to have emerged on the market that will likely appeal to those who are fans of the novels that he created before his death. Perhaps in the future, given the popularity of the Lord of the Rings universe, the JRR Token will appear in Winz.io casino, which will allow fans to play various themed games with their themed token. The token is based on the Binance blockchain and its whitepaper remains a little unclear about what the coin actually has the ability to do, as it is filled with plenty of Lord of the Rings jargon that fans of the book and film franchise would understand better than anyone else. One thing that the whitepaper does state is that the JRR Token is meant to rule above all of the other cryptocurrencies and it is to distribute the digital coins easily to each and every single holder of the coin, with a planned cap of $19 million coins to be created.

How does it all work?

Based on a proof of stake consensus mechanism, the JRR Token will have its transactions be backed by those who already hold the coin within the system. This means there is no minimum requirement when staking the coin, but rather users just need to hold it. The exact time a transaction is processed, all holders are given 3% of the fee or a new block that has been created, whilst a further 3% will go to the liquidity pool, with another 3% going to charity. This is certainly going to be a huge draw for many looking to give back, as not all altcoins do this.

Is JRR Token right for you?

As mentioned, 76% of the 19 million coins have been produced, whilst the developers will only keep 5% of the total value in their own wallet, which can be considered a huge advantage for those coinciding to buy into the coin. This is because a number of other coins will typically see the company that creates it retains a controlling stake, but with the creators only retaining 5%, it means there is a true element of decentralization attached to it. Nonetheless, whilst the numbers may look attractive, it should also be remembered that there is a huge amount of risk attached to the coin, as it is incredibly new to the market and there is no guarantee that it will do well. There is no guarantee that it will generate any value, whilst the fact that the JRR Tolkien estate has been extremely active in protecting their intellectual property would have to be taken into serious consideration.

How to become a Winz.io affiliate?

Top 5 reasons why blockchain games are on the rise