How crypto is strengthened by space exploration 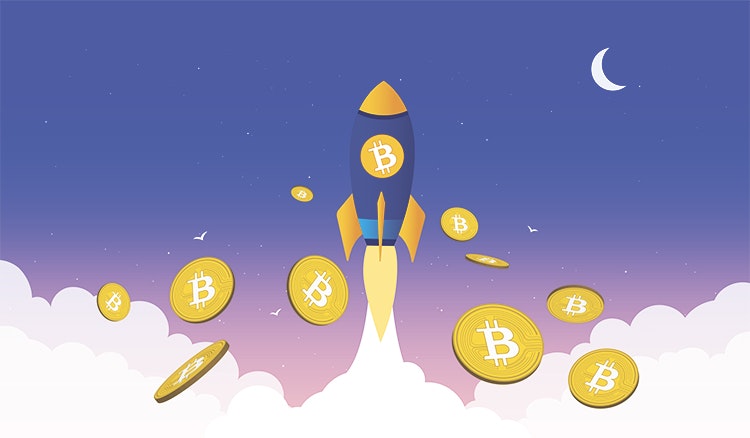 Space exploration and cryptocurrency have both been in the headlines in recent weeks, although both have been for some rather unrelated reasons. However, when looking closely at the two subjects, it could be suggested that the latter of the two could benefit from the former of the pair. Virgin Galactic founder Richard Branson and the former Amazon CEO and the company founder, Jeff Bezos, have both had recent successful space expeditions in rocket ships that the respective organisations created, thus creating a huge buzz around the possibility of commercial space travel.

Admittedly, it is only commercial to those who have the large sums of money available to them at the moment, which is perhaps where bitcoin and other various forms of cryptocurrencies can be introduced into the discussion. With bitcoin currently fluctuating between $47,000 and $48,000 per coin at the moment, there is no telling what will happen to bitcoin in the future.

How does space exploration strengthen cryptocurrency?

The two companies that were just mentioned – Tesla and Amazon – both have space exploration projects that have been rather successful in recent memory, which is why cryptocurrency could potentially be provided with a strength and a benefit. Both companies will want to continue to be able to pull in the revenues and the income that they require in order to continue with their respective projects and the introduction of cryptos such as bitcoin could open up a potential new revenue source. Whilst both companies are unlikely to need any more financial funding for a while, each business will never turn down the opportunity to earn even more money when it presents itself.

Evidence that cryptocurrency can benefit from space

There is already plenty of evidence that can suggest that space exploration will only help to strengthen cryptocurrency in the future. The main piece of evidence available comes in the form of Blockstream’s satellite API that has been built for bitcoin. It is a 24/7 broadcast that will show the latest state of the virtual currency on the bitcoin blockchain from space and can provide a number of purposes, including another layer of communication. There are six satellites that have been put up currently, with each of them helping to span and cover most of the world. Furthermore, the dependency on the internet could be reduced slightly in the future if space satellites are being used, as they will be less open to coordinated attacks, whilst there will also be a 24/7 uptime for those in countries where the government can potentially switch their internet off and restrict access to sites that they do not want to be accessed.

With what Tesla’s SpaceX, Amazon’s Blue Origin and Virgin Galactic programs have recently shown and that commercial space travel could be a possibility in the future, cryptocurrencies could become a truly viable alternative value system in the not-too-distant future.