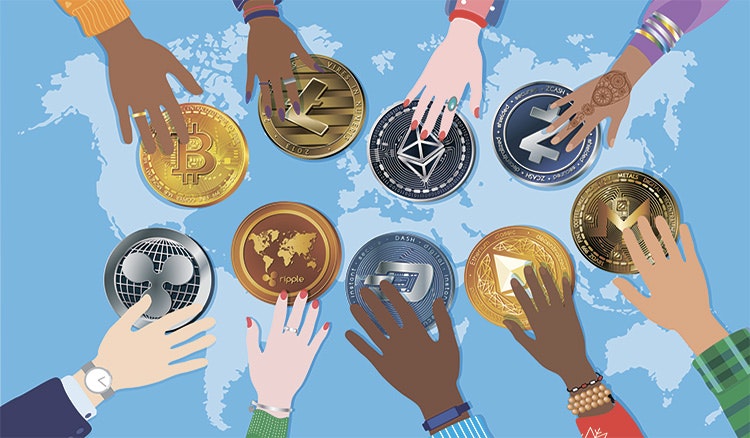 The cryptocurrency world has already had a rather intense 2022 with a number of things that have already happened that have thrown it straight into the spotlight, despite the fact that it is an industry that has continued to see a huge amount of growth in recent years.

Of course, we already know about how volatile the industry can be in regard to price and value, with Bitcoin having already experienced a major pullback this year despite claims from influential people including El Salvador President Nayib Bukele that it will reach $100,000 this year.

However, the latest debate that appears to have taken the market by storm recently is regarding regulations, with the topic having clearly had an impact between countries that are “crypto-friendly” and those that are not.

Disputes can have a telling impact on the cryptocurrency market future

Naturally, these disputes could have a rather telling impact on the future of the market, although it seems that there are a number of movements that will have many crypto investors and holders intrigued about what may happen.

For example, Russian Deputy Prime Minister Dmitry Chernyshenko is thought to have signed a roadmap that will regulate any crypto operations within the country amid news that the nation’s central bank had published a paper that had proposed a blanket ban on the industry titled: “Cryptocurrencies: Trends, Risks, and Regulation”. This stated: “a wider adoption of cryptocurrencies creates significant risks for the Russian financial market”, whilst also mentioned that a threat to citizens’ well-being could also be had due to potential losses of investments as a result of market volatility, scams, and cyber attacks that may take place.

Russia is not the only country to have shown that they are struggling to embrace crypto, though, with China perhaps being another of the biggest superpowers that have a problem with it. Last year, an outright ban on crypto mining was implemented, which turned out to be a massive loss for the industry as a vast majority of mining was conducted in the Asian country.

Nonetheless, the industry is international, therefore it was able to move on as miners looked for alternative locations to ship their equipment (if they did not look to sell it instead) and found a number of friendly jurisdictions where they could begin operations once again, such as in the United States. At the moment, most Bitcoin mining occurs in the US, Kazakhstan, Russia, Canada, Malaysia, and Iran.

India is another global superpower that appears to have had a problem knowing what to do with the emergence of cryptocurrency in recent years. The Asian nation did have an initial policy that was leaning towards a ban, although it seems that there has been some support in recent years by influential government officials.

The Cryptocurrency and Regulation of Official Digital Currency Bill 2021 had been sought to be introduced in the last two sessions of Parliament, however there has been no real movement on this at the moment, as the country continues to deliberate on the details of a regulatory approach to crypto assets amid suggestions that it could help to expand its economy.

Australia thought to be “crypto-friendly”

Australia, though, is a country that is thought to be a potential “crypto-friendly” destination, with a report in October by the Senate Select Committee on Australia as a Technology and Financial Center looks favorably on cryptocurrencies.

The report proposed a number of factors that could help to make the industry thrive, including things such as licenses for crypto exchanges, implementation of streamlined taxation arrangements as well as a regulatory structure for “decentralized autonomous organizations”. These would each use blockchain technology to help self-govern the practices that take place.

The policy is going to have an impact on the future

Naturally, a policy is going to have a significant say on how mainstream cryptocurrency is going to be in the future and whether it will be able to thrive in certain countries. With that said, it is hard to deny that digital assets are not already mainstream, though, as many have turned to them as an investment opportunity.

Indeed, there are a number of arguments that can be had regarding whether it should be regulated and allowed within a country’s borders. Some will view it as a fiscal and ideological challenge to a traditional currency like Russia and China, whilst others are willing to embrace it because of the potential opportunities that could be available in regard to innovation, investment, and economic growth.

2022 might only be a month in and has already provided a number of challenges, however as we are only in February, it would be naive and almost impossible to say that there will not be a number of defining moments for the cryptocurrency industry that will be experienced over the course of the next handful of months.