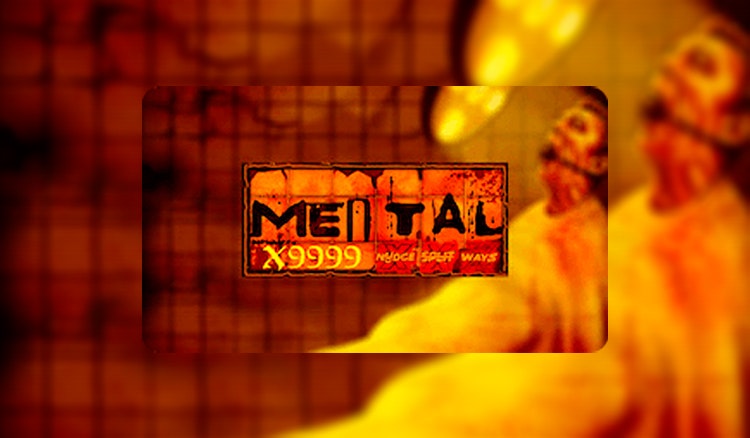 NoLimit City’s Mental slot game is a title that will send chills to those who play it with its impressive visuals and themes, although it will also provide bettors delight when they do take it for a spin at Winz.io where Mental is already available to play as it is packed with 360 NO WAGERING Tuesday free spins that can be won!

The background is dark in nature and provides an impression that this game is designed with a mixture of old-fashioned asylums, Victorian-era anatomical sketches, therapy that is bordering on the verge of torture. Players will find that the five body parts on offer – skeletal hands, kidneys, hearts, brains and eyes – are the low-paying icons whereas the five patients that appear are the most rewarding, with each of these having been named between Patient 1 and 5.

This Mental slot features a playing grid that consists of 5 reels but it is laid out in rows with a formation of 3-2-3-2-3. There are a total of 108 different ways to win, although this number can increase due to some of the bonus features available, as up to 20 rows are possible once expansions take place. A minimum bet of 0.20 credits is all that is required to play a Mental slot, but a maximum of 100 credits can be placed on each spin should bettors wish to. In addition, the return to player (RTP) rate that is available can be adjusted via the use of the features, although the default is 96.08% – a maximum RTP rate of 96.48% is possible, though. The volatility level is considered to be incredibly high.

There is an insane number of Mental bonus features available to trigger in this NoLimit City slot game, each of which is listed below:

Reels 2 and 4 will have ‘Enhancer Cells’ at the bottom of them and these will be activated once 4 or 6 Fire Frames occur respectively. If this happens, players will see one of the following effects take place:

Bettors who see the spider icons appear on reel 2 or 4 will trigger the ‘Mental Transform’ feature which will then see the icons be turned into one of the above.

“Autopsy Free Spins” is triggered when players land 3 scorpion icons on reels 1, 3 and 5 and 8 spins will be awarded. Those that land a scorpion icon in a ‘Fire Frame’ will receive an additional free spin for each one. Five positions will be randomly selected to have a ‘Fire Frame’ and these will remain locked throughout the feature, however, players who land a spider icon will have the opportunity to go onto the next free spins game.

Those that do this will head to the “Lobotomy free spins” feature where they will receive 9 free spins and see the same rules apply as previously, although with a few additions. The spider icon will be locked and will trigger ‘Mental Transformations’ when they appear on each spin. The ‘Dead Multiplier’ rule will also come into effect, which will see the highest multiplier value from dead symbols be collected with a count. When a new patient icon appears, their collected multiplier will be added before 1 is deducted from the count.

Those who land 2 spider symbols will see the game be upgraded again, with “Mental Free Spins” being activated. Here, bettors will receive 10 spins and will see both spider icons become sticky whilst the Dead Patient count does not decrease.

Players are able to enter these free spins games without having to land the respective icons, though, as they can use the ‘Bonus Buys’ feature if it is available to them. Players are able to pay either 80x, 200x or 1,000x the stake and will get either 8-11 Autopsy Free Spins, 9-13 Lobotomy Free Spins or 10-15 Mental Free Spins. There is the possibility of paying 220x the stake for a lucky dip option, with a 50% chance of Autopsy, 40% chance of Lobotomy and a 10% chance of Mental Free Spins. Hit the maximum win of 66,666x the bet and “!!! This is Mental !!!” will appear across the screen.

Study finds women still do not invest in crypto enough